Is the Number of Trees Increasing or Decreasing?

The world has a population of over 7 billion people, and studies show that there are approximately a massive 3.04 trillion trees in the world. These figures indicate that there are roughly 422 trees for each person.

There are actually more trees in the world now compared to 100 years ago, but with more than 15 billion trees cut down every year, reforestation might not be able to catch up.

Climate change has always been a pressing matter. With the detrimental effects that the planet is facing today due to global warming, caring for our trees has become more crucial than ever. 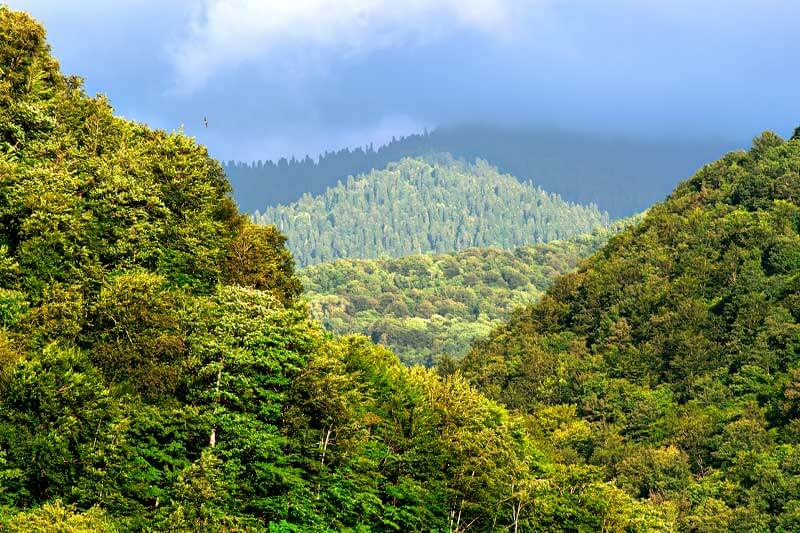 How many trees are there in the world?

There are approximately 3.04 trillion trees in the world. With 7 billion people on earth, this means there are roughly 422 trees for every person.

This mind-boggling number has been known to us thanks to Thomas Crowther, a Postdoctoral Fellow at the Yale School of Forestry and Environmental Sciences from 2012 to 2015.

With a lazy estimate based on satellite imaging technology of 400 billion trees, Crowther and his team made it their mission to get better and more accurate numbers, which they did.

It took two years to get this final estimation with methods that included more than 400,000 ground-based counts in forestry inventories and scientific literature for every continent excluding Antarctica.

How many trees were there 100 years ago?

With 8% of the total forests in the world, the US experienced major forest cover loss during this era. Deforestation was rampant due to the flourishing of the timber industry with new developments in the construction and recreation industry.

Along with poor forest management laws and programs, it has been estimated that almost two-thirds of the American forests were cleared out without replacement during this time.

However, the US has been steadily replacing forests since the 1940s. In fact, according to The North American Forest Commission, the country has two-thirds of the total number of trees in 1600.

Most of the tree gains have been focused on the eastern coast where trees have actually doubled in the last 70 years.

Are there more trees now than before?

Yes, there are more trees now than ever before.

Although there is an increase of 400% in the use of trees, most countries have been able to implement proper forest management laws and programs to improve tree growth.

In fact, a paper published in the science journal Nature showed that worldwide tree cover has grown by 2.24 million square kilometers. This is the size of Texas and Alaska combined!

Today, the forest growth rate in the US has more than quadrupled compared to 1920 according to the Food and Agriculture Organization (FAO).

The creation of national forests, like the two National Forests in Alaska, has helped in minimizing tree cutting in the country.

Governments from all over the world are also currently implementing various tree conservation programs to help protect the remaining trees.

How many trees are cut down each year?

It has been estimated that the number of trees globally has decreased by 46% compared to 12,000 years ago, pre-human civilization. Scientists discovered that there were approximately 6 trillion trees back then.

Even if the fact that there are 3 trillion trees today is staggering in itself, 6 trillion or more may just sound unbelievable. In fact, historians estimate that the world’s forests back then took up around 6 billion hectares of land. 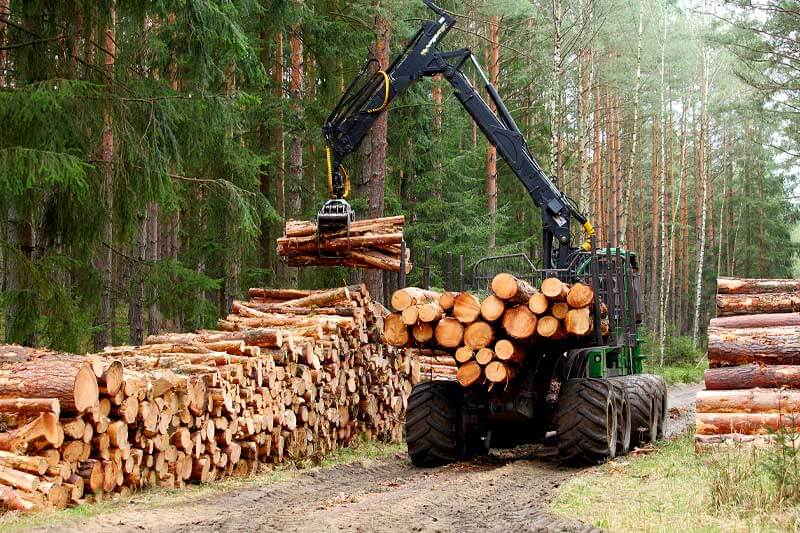 For every tree cut down how many are planted?

Every year, an estimated 1.9 billion trees are planted. This is according to statistics gathered from different sources including the United Nations Environmental program.

Should the increase in tree population be celebrated?

To know that the earth has more trees today than it did 100 years ago should make us happy, but there are real reasons why the increase in tree population should not exactly be celebrated.

A study conducted by researchers from the University of Maryland, State University of New York, and NASA Goddard Space Flight Centre showed us that this supposed positive thing raises a few concerns.

(The study defines tall vegetation that is higher than 5 meters in height as ‘tree canopy cover’. It admits to “differences in the time period covered and definition of forest” compared to FAO’s definition.)

According to the study, Europe, including European Russia, has the greatest gain among all continents with a 35% increase in tree cover. However, ‘tree cover’ may also refer to trees in plantations and natural forests.

Therefore, a great contributor to the increase in tree cover might be the growing number of planted forests, which, according to FAO, increased between 1990 and 2015.

This includes North America as well, with an increase of planted forests during the same era. The study suggests that both Europe and North America are most likely to be affected by climate change.

Planted forests, which are abundant on these continents, will surely be affected especially by extreme climatic events.

China, too, has increased its tree cover with the largest planted forest of 91.8 million hectares in 2015. While this may also sound like a good thing, there are underlying ecological impacts of China’s reforestation programs.

Diverse natural landscapes have been replaced with monoculture trees. This is the case for most reforestation efforts – where only one species of tree is planted resulting in a monoculture plantation.

There has been a decrease of 6% in native forests to make way for plantations like this.

While the increase in tree cover seems like a win for the planet, its impacts must be looked at through the viewpoint of climate change.

Countries with the most trees:

Nearly two-thirds of this comes from ten countries which include The Democratic Republic of Congo, Indonesia, Australia, Peru, and India.

With a total of 642 billion trees, Russia has the title of the country with the most trees.

The country has so many trees that some forests are actually deemed ‘illegal’ when occupying the vast stretches of the country.

Canada is the second largest country to have the most trees in the world. It has a total of 318 billion trees that occupy 40% of the region.

Brazil is home to the world’s largest forest – The Amazon. Even with nearly 302 billion trees, deforestation in Brazil is incredibly rampant. Many tree species are in danger from the constant logging.

There are approximately 228 billion trees in the US.

The country is home to many record-breaking trees like the oldest tree, the tallest tree, and the largest tree in the world. North America hosts more than 1000 tree species.

China has 140 billion trees that cover nearly 23% of the country’s land.

More than 66 billion trees have been planted by the Chinese government in an attempt to increase the world’s forests by 10%. This was initiated through a project the country launched in 1978, also called the “Great Wall Project”.

Even though the project has mixed reviews, it aims to continue until 2050 as planned.

The Democratic Republic of Congo

Congo hosts over 600 tree species, with a total of 101 billion trees.

With a total of 81 billion trees, nearly 51% of the country is forested. The most diverse and carbon-dense form of forests takes up 50%.

77 billion of the world’s trees belong to Australia.

Most trees in the country are Eucalypts. Eucalyptus trees, or gum trees, have 2,800 different species. Approximately 80% of Australian forests are Eucalypts, and they cover nearly 101 million hectares of the country’s land.

According to the UN FAO, about 67 million hectares of the country are forested. In fact, a little more than half of the country is covered by trees at 53.1%.

Peru is home to the second largest amazon jungle, Peruvian Amazonia, next to Brazil.

India has a total of 36 billion trees. The forests occupy approximately 21.6% of India’s land.

Even though the country’s population is more than a billion (30 trees per person), India has pledged to increase their forest coverage by 95 million hectares by 2030. In 2017, 66 million trees were planted in just 12 hours.

Countries with the best tree density:

The ‘tree wealth’ of a country is not just measured by the total tree numbers. It can also be measured using tree density.

Tree density is the number of trees per square kilometer of the total area of the country.

With a tree density of 72,644 trees per square kilometer, it has been found that Finland’s forests are denser than most forests of the world.

In Europe, Finland is the most forested country. In fact, 70% of the country is covered with more than 22 billion trees.

Finland also plants 150 million trees a year, which led to the inference that this number will rise over time.

Sweden has a tree density of 69,161 trees per square kilometer. The country’s forests have nearly doubled in the last 100 years. 70% of Sweden is covered by trees.

The country plants 380 million plants every year. Sweden is approximately 10% of the world’s supply of timber, pulp, and paper.

With a tree density of 71,131 trees per square kilometer, 60% of Slovenia is forested.

The Chamois tree and the Linden tree, the two significant national symbols, are prolific across the country.

60% of Taiwan is covered by forests, with a tree density of 62,975 trees per square kilometer.

Much of its forests are primeval and protected because of a 1991 law that completely banned natural logging in the country.

French Guiana has nearly 60,326 trees per square kilometer as its tree density.

It hosts at least 1500 species of trees. It is also home to one-fifth of the world’s high biodiversity wilderness.

With its population of only 294,071 people, the country is 98.9% covered in virgin forests. The people live in the metropolitan area of the state capital, Cayenne.

With a tree density of 61,791 trees per square kilometer, 2.5 million hectares of the country is forested, which is 93% of the country’s land.

How many trees will there be in the future?

According to a study by the Center for Global Development, the world might just lose more than a million square miles in 2050 if global deforestation maintains at this speed.

Earth could lose approximately 1 trillion trees out of the 3 trillion we have today. It may not sound as bothering, but this is an environmental problem that will greatly impact future generations.

With the earth’s population subject to increase, the demand for more land, agriculture, and forest products will drive more deforestation, especially in middle-income countries.

This could result in some small and middle-economy countries having less than 1% of forest cover by 2050.

However, as of 2020, it has been found that the rate of deforestation has dropped in most countries thanks to the strict execution of policies.

With this, it is safe to assume that with the right policies and programs implemented by the governments, the total number of trees in the world may increase in the future. 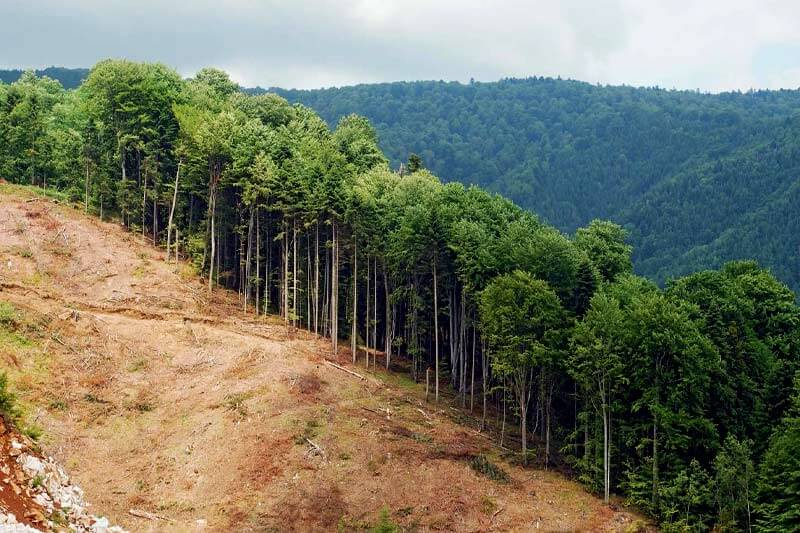