Are There More Trees Now Than 100 Years Ago?

The number of trees in the world has changed multiple times due to developments in tree-based industries.

The planet has more trees now than 100 years ago. Due to the industrial scaling of tree harvesting in the decades leading to the 1920’s boom, There were an estimated 750 billion trees worldwide in the 1920s. Since then, and with planting for harvest schemes, we now have approximately 3.04 trillion trees in the world.

With the right implementation of laws, we might see a change in not only preserving but also increasing these finite resources. 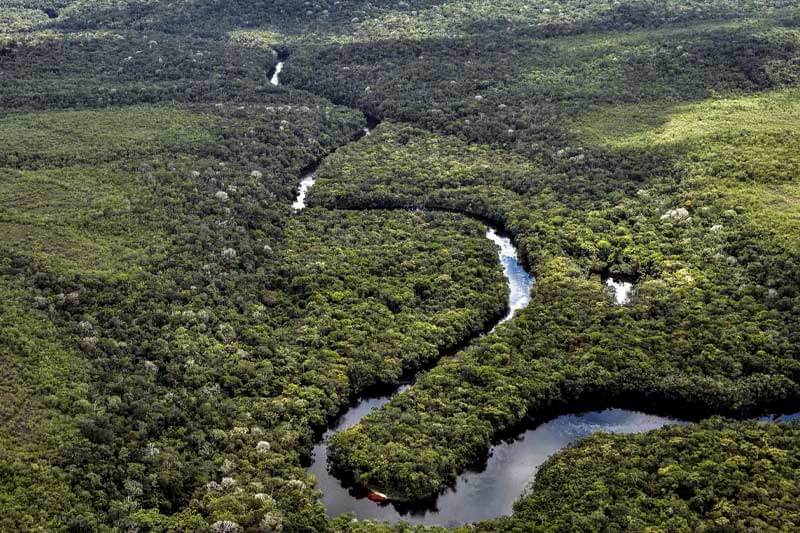 Are there more trees now than ever?

There may be more trees now than in the last 100 years, but there were more trees 6,000 years ago – before human civilization.

Historians estimate that there were approximately 6 trillion trees before humans became organized into larger communities and cities.

The planet now has about half the trees it used to have. With just about 15 billion trees globally cut down every year, we really need to work on a plant to plant more than we harvest.

What changed in the last 100 years?

The timber industry thrived during the 1920s in the US because of the new developments and advancements in the construction and recreation industry. With this, deforestation was widespread and left uncontrolled.

In fact, during this time, it was estimated that almost two-thirds of the American forests were emptied without replacement. With poor forest management laws and programs, it was no surprise that there were only 70 million trees during this time.

The US is home to 8% of the total forests in the world. Even though the country experienced serious forest cover loss 100 years ago, it has been regularly replacing forests since the 1940s.

The country exceeded harvest by 42% in 1997 with a forest growth rate of nearly four times compared to 1920. According to The North American Forest Commission, the US now has two-thirds of the total number of trees in 1600.

Most of these tree gains are heavily focused on the eastern coast as it used to be home to the most intense timber harvests 100 years ago. The number of trees has doubled in this area since the 70s. 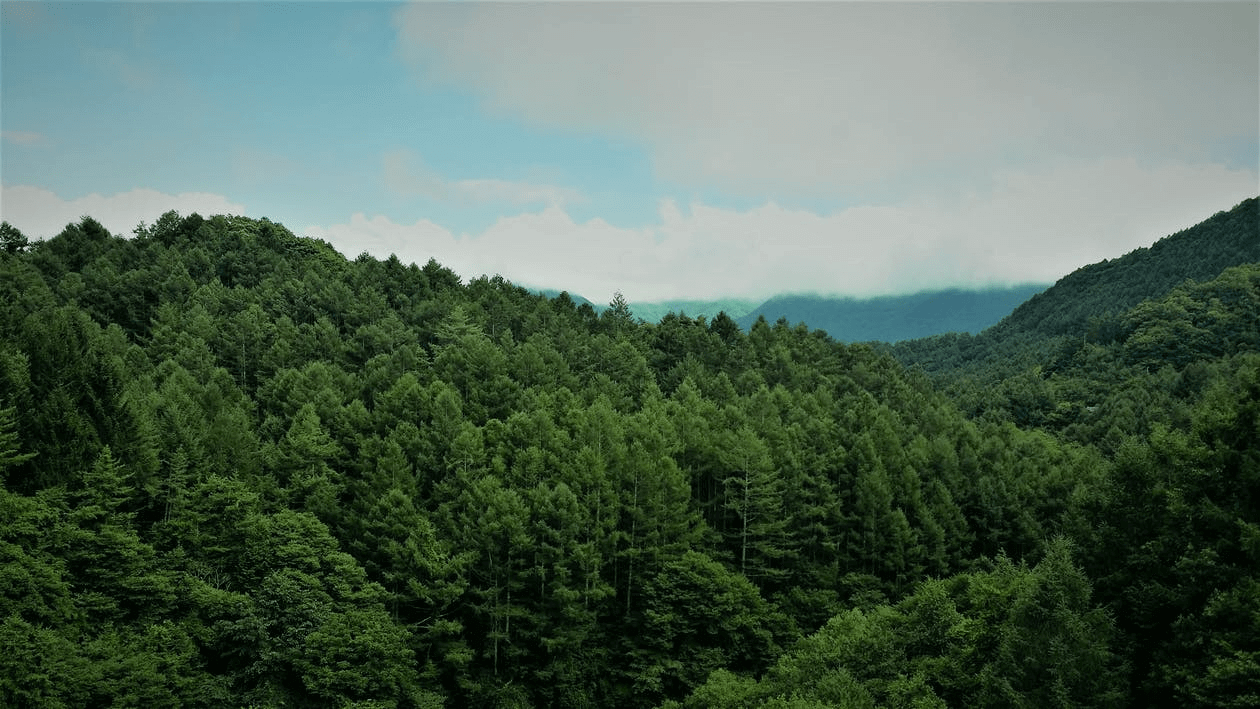 To date, how many trees are there in the world?

There are currently 3.04 trillion trees in the world. Considering the 7 billion people living on this earth right now, that is roughly 422 trees for every individual.

Credit goes to Thomas Crowther, a Postdoctoral Fellow at the Yale School of Forestry and Environmental Sciences from 2012 to 2015, for bringing to light this information to the world.

Along with his team, Crowther was able to get the total number of trees in the world after 2 years of more than 400,000 ground-based counts in forestry inventories and scientific literature for every continent except Antarctica.

The increasing number of national forests

Many factors influence the increase in the number of national forests. These factors include extensive re-planting initiatives that began growing after World War II, which also flourished in the early 1950s.

Lands previously reserved for timber harvest have been recreationally re-purposed with stricter laws regarding how often timber harvesting can occur on forest lands, like the Northwest Forest Plan of 1994.

There are two recent developments made that have helped in more forests surfacing and being protected from timber harvest. First, there is an increase in pressure for the public to adopt cap-and-trade policies.

Like California’s Assembly Bill 32, companies have been required to retool their industry to ultimately neutralize their carbon pollution. An example of this would be to buy large areas of private forest land.

This purchase of land is not for commercial use, but to allow the forest’s trees to do their carbon conversion and sequestration.

The second recent development is big tech companies like Facebook, Microsoft, Amazon, and Google becoming carbon neutral. Microsoft and Amazon are aiming to reach net-zero carbon by 2030 and 2040 respectively.

Facebook and Google have large-scale data farms in the Northwestern United States. With them becoming carbon neutral, Facebook has eliminated most of its greenhouse gas (GHG) footprint and has invested in carbon removal projects.

Google, on the other hand, is also focusing on generating its energy with its data center site featuring a solar farm. These developments make way for the trees in the largest temperate rainforest to go untouched.

Laws like the ones mentioned above are efficient ways to guide industries away from deforestation and the capitalization of finite resources like the forests.

Having 8% of the world’s forests, the increasing number of national forests in the US is a great advantage to carbon conversion and sequestration.

Can there be life without trees?

Life would not be able to exist on Earth without trees over time. A lot of the clean air every creature on the planet, including humans, breathes come from the trees.

Besides being a source of oxygen, there are countless things that trees can do for life on earth. Forests are the lifeline of the planet. Without their existence, humanity loses tremendous essential functions for life on Earth.

More than often, trees are treated as disposable. They are often seen as replaceable resources because they can be replanted.

However, with the world’s experience of climate change today, their existence and preservation have never been more imperative. Without trees, the Earth would not be able to sustain life anymore.

What happens if the world runs out of trees? 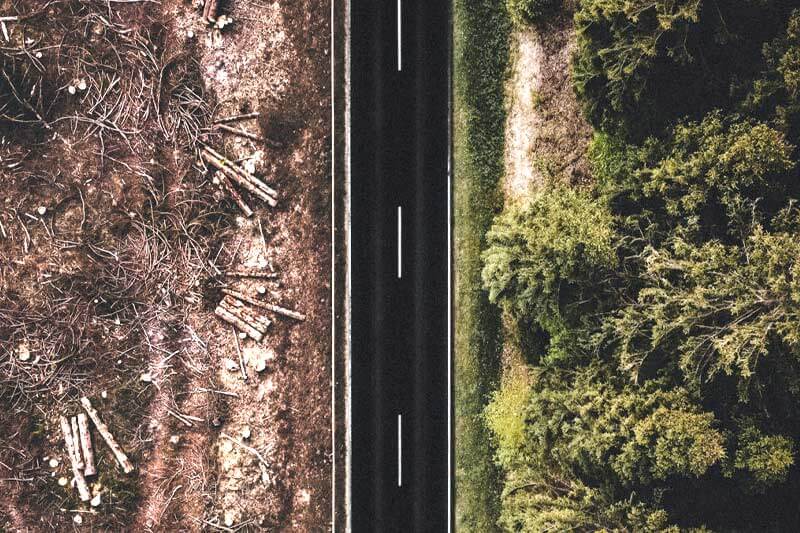 If all the trees in the world were to vanish one day, so much of the planet’s biodiversity would vanish with it.

According to Jayme Prevedello, an ecologist at Rio de Janeiro State University in Brazil, there would be “massive extinctions of all groups of organisms, both locally and globally.”

Loss of habitat is already leading to extinction globally, so the demolition of all the forests would be catastrophic for all life on earth including plants, animals, fungi, and more.

He states that this wave of extinction would go beyond the wildlife in forests, implying that life depending on single trees and small stands of trees would also be affected.

In 2018, it was found by Prevedello and his team that in areas with scattered trees, the overall species richness was 50 to 100% higher than in open areas.

“Even a single, isolated tree in an open area can act as a biodiversity magnet, attracting and providing resources for many animals and plants,” the ecologist says.

He concludes that “losing even individual trees can severely impact biodiversity locally.”

It has been estimated that it would take 3,600 years for humans to not be able to breathe because of the lack of oxygen from the trees, but this is without considering the increasing population size and the condition of the oceans.

The air is not the only thing that will be damaged when the world runs out of trees. The soil could slowly deteriorate should deforestation continue to prevail.

The trees filter the soil to prevent dangerous chemicals and pollutants from residing in it. According to the Food and Agriculture Organization, 2.5 billion people are relying on agriculture for livelihood.

Without trees to filter these pollutants, it will be hard to let anything grow healthily on earth.

Additionally, soil on Earth would also be easy to erode without the presence of trees. The trees protect the land by keeping the soil together with its roots. Without this, it would be very easy to wash soil away during heavy rains.

Erosion would also become more frequent, losing the soil’s suitability for growing crops. Not only will this cause agriculture to plummet, but this will also cause wildlife to lose their forest habitats.

Plants are the foundation of all food chains. If the soil becomes vulnerable to a reduction in quality and its topsoil nutrients that allow these plants to live, everything else in the food chain would also be affected. 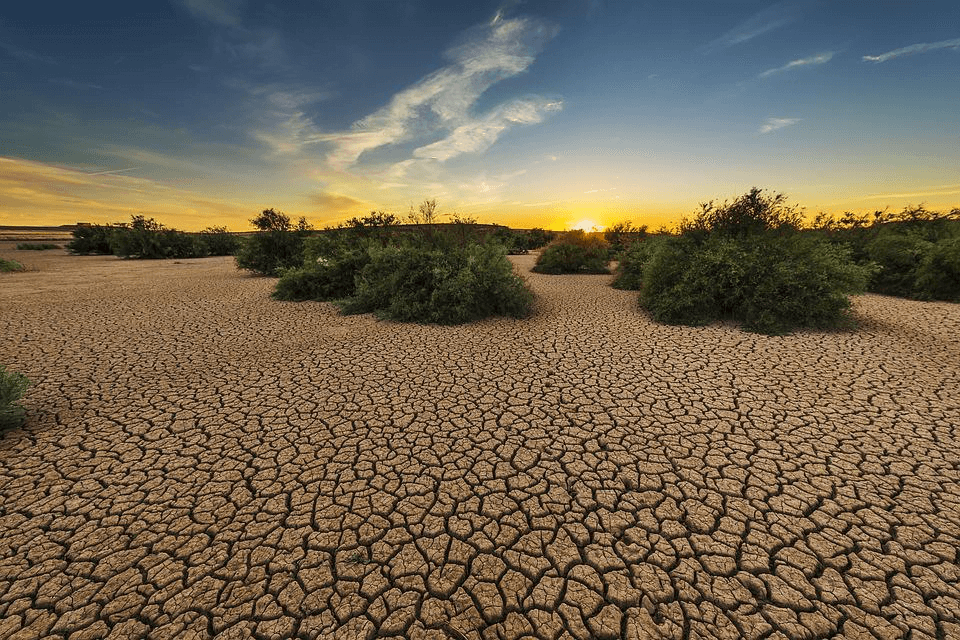 Even though there is still enough oxygen for humans to survive on Earth without trees, the air might just be responsible for our demise. Just because we have oxygen does not mean we are breathing clean air.

One of the many roles of trees is to filter pollutants. The leaves intercept airborne particles and pollutants like carbon monoxide, sulfur dioxide, and other greenhouse gasses.

For trees to make energy, they take carbon from the atmosphere through photosynthesis and turn it into oxygen that is released into the air. Without trees, there will be higher amounts of pollutants and lower amounts of oxygen.

Trees have a localized cooling effect. Instead of reflecting on it, they absorb it. They provide shade that helps maintain the temperatures of the soil, among many other things.

With deforestation responsible for at least 15% of global greenhouse gas emissions, the carbon monoxide human activities produce will surely increase without trees and be left un-photosynthesized, causing warmer temperatures on Earth.

Evapotranspiration, on the other hand, allows trees to use energy from solar radiation and convert liquid water into vapor. If we lose the trees, we also lose their cooling services, and the planet will suffer extreme humidity.

Trees regulate the water cycle by absorbing water from the soil and releasing it into the atmosphere by transforming the water into vapor. With this vapor, the forests can contribute to cloud formation and precipitation.

Therefore, without the presence of trees, there would be less rainfall. Areas without them will experience chronic droughts as they become drier and drier, causing disruptions in industrial operations and an end in crop production.

Without this crucial role of returning moisture to the atmosphere, lands will dry out and temperatures will rise. Trees are responsible for regulating and anchoring the dirt by releasing water. 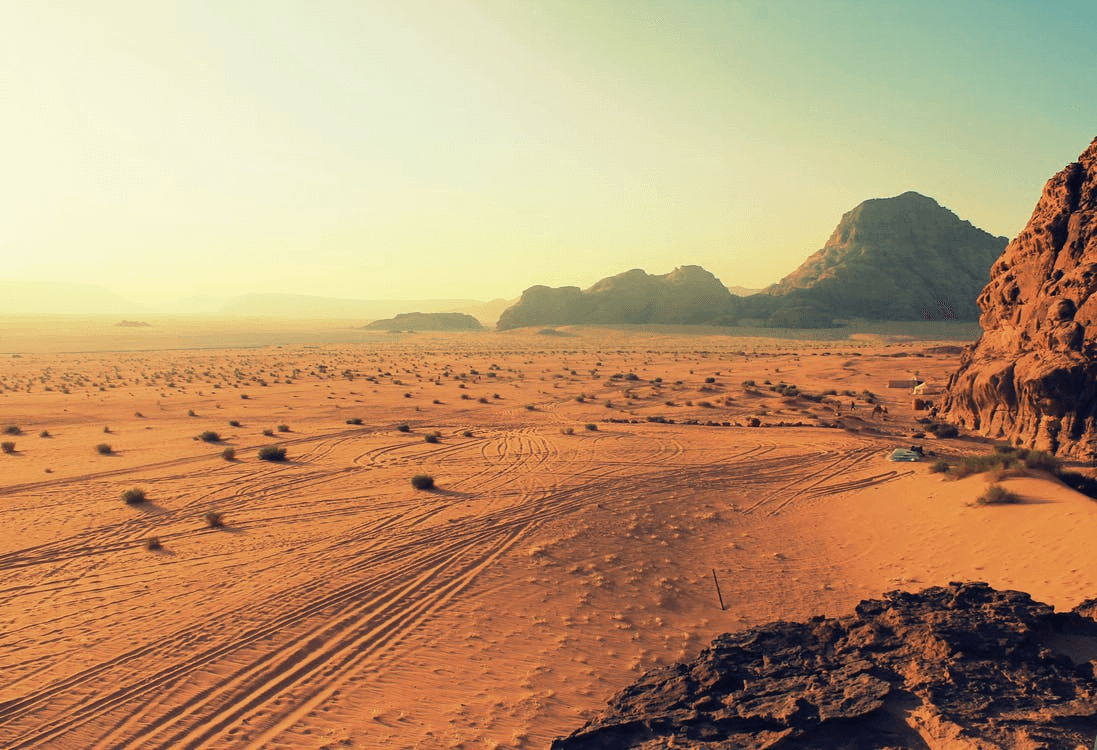 Drought is not only the extreme weather condition we are going to experience in the absence of trees. When rain does fall, heavy flooding will not be avoided as there are no trees to absorb the water.

Trees help prevent flooding by storing water and not letting it rush into lakes and rivers, which mitigates storm surges in coastal communities. They keep soil in place and allow the survival of microbial communities.

Heavy floods could cause a huge topsoil erosion that will affect the oceans by destroying coral reefs and other marine habitats. Islands without trees would lose their barriers to the ocean and lose their protection. 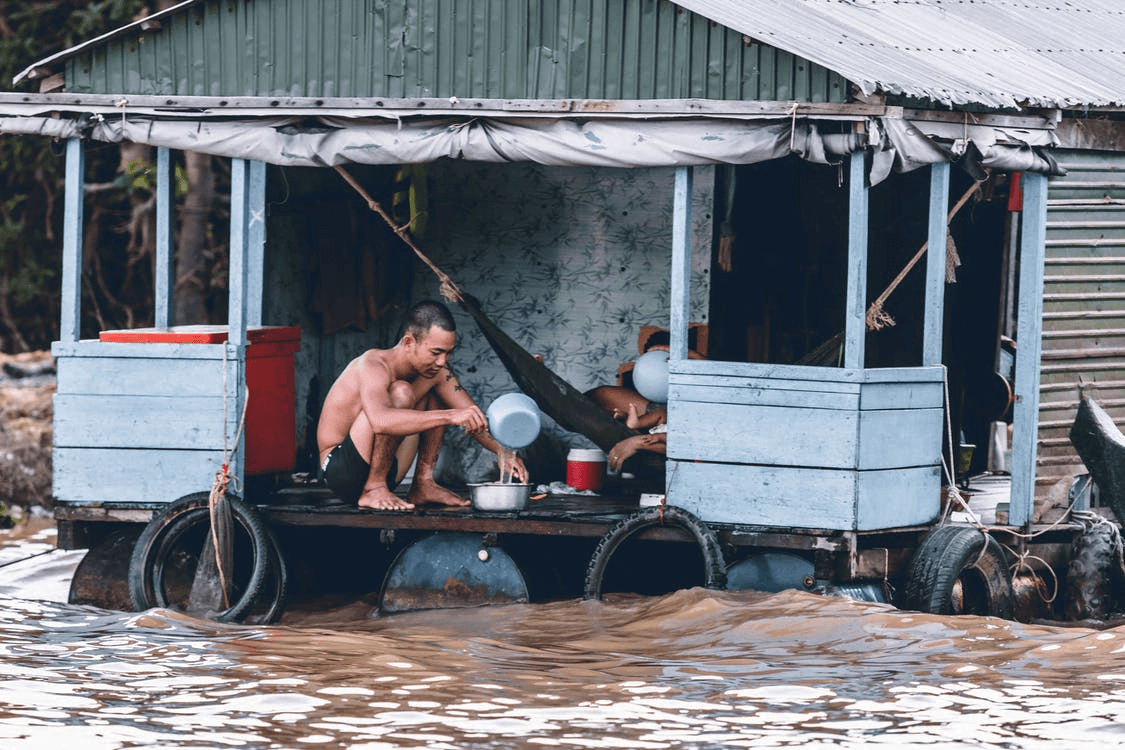 Humanity relies so much on tree-based products. Without trees, we won’t be able to have those ‘ordinary’ tools and goods we use daily.

A contributor to the 15 billion trees cut down each year is society’s need for wood products (e.g boats, cabinets, coffins, etc.), pulp or paper products, chemicals, cellulose fibers, and food.

If the Earth runs out of trees due to global deforestation, all of these products will no longer exist. Humanity will move backward, and it will be more than difficult to adapt, or even survive, in a world without trees.