5 Oldest Trees in The World

The oldest living people can reach up to 120 years and sometimes is hard to believe that other organisms can live longer. Reaching 100 years is impressive for a person, but compared to trees, 100 years is just a newborn for some trees.

Some of the oldest known trees in the world are 5000 to 13,000 years old. Tree ages are derived from a variety of sources, including documented tree rings, dendrochronological count core samples, and carbon dating techniques.

To be honest some of the trees are pretty underwhelming. You probably have a larger potted plant in your courtyard, but we are looking at age and not size, so lets at least pretend to be impressed.

There are colonies of trees that have lived for millions of years. The following trees are the eyewitness of the emergence and decline of civilizations. We will cover the top 5 oldest trees in the world. 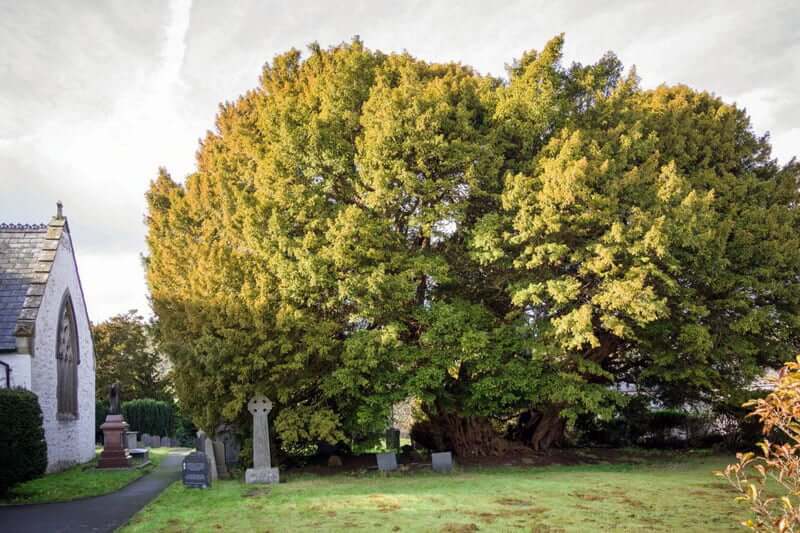 The Llangernyw Yew is an ancient tree with an estimated age between 4,000 and 5,000 years, although the exact dating of the yew is very hard due to the tree’s core having been lost to the ages. Its cleft trunk appears as a living portal to the world of the dead, with a small field of tombstones resting just on the other side of the wooded gateway.

In 2002, the Tree Council named the Llangernyw Yew one of the Fifty Great British Trees in celebration of the Golden Jubilee of Queen Elizabeth II.

The tree has its role in Welsh mythology. According to mythology books, the tree is often associated with a spirit known as Angelystor or the Recording Angel. Each year at Halloween the Angel speaks a prophecy foretelling the names of parishioners destined to die before the next Halloween from the altar of a nearby church. Those wishing to find if their names were among the angel’s list gather beneath the east window of the church, and listen very closely. 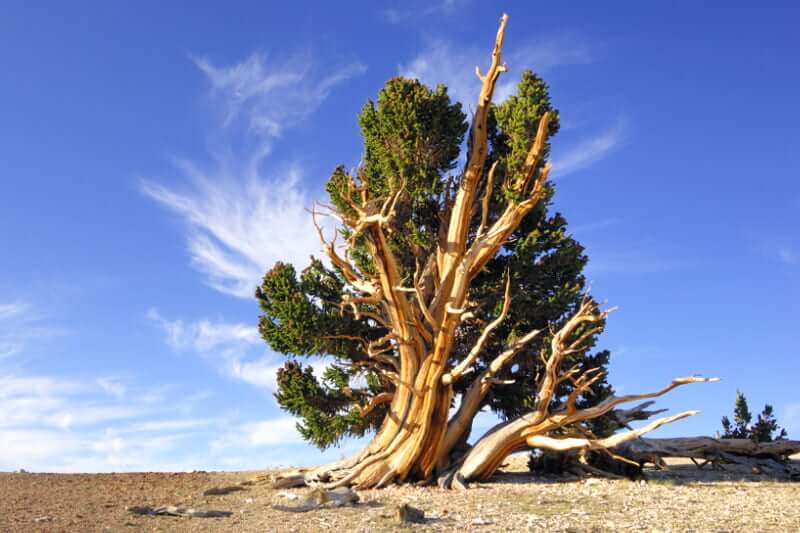 Named after the oldest Biblical figure, Methuselah who lived 969 years, this tree has an estimated age of 4,900 years. This is a Great Basin bristlecone pine (Pinus longaeva) species, located in Inyo County, California, USA, but the exact location of the tree is kept a close secret in order to protect it from vandalism.

For a long time, Methuselah was the oldest known tree in the world. It was discovered in 1957 by Tom Harlan and Edmund Schulman. Based on the tree’s age it is older than Egyptian pyramids.

According to The New York Times, in 2003 a tree farmer named Jared Milarch has received permission to take cuttings from the Methuselah tree and was successful in cloning the old tree. 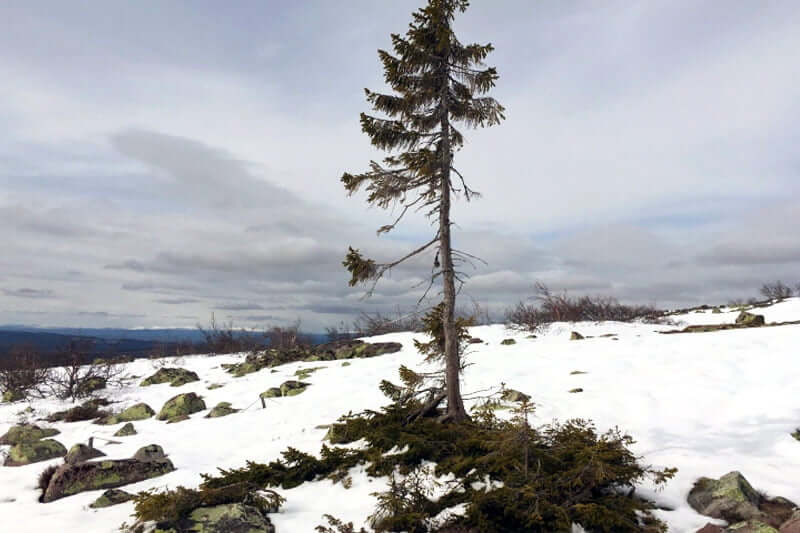 His name is Old Tjikko from the species Norway Spruce (Picea abies) located in Fulufjället Mountain of Dalarna province in Sweden, born around 9,550 years ago.

In 2008 when it was first discovered in Sweeden it was declared the world’s oldest tree estimated to be around 10,000 years old. But that was before Jurupa Oak was discovered one year later. Also, Tjikko is only an eighth of the age 80,000-year old Pando.

The tree was discovered by the geologist Leif Kullman and he named it after his dead dog.

Like both of those older trees, Tjikko is also a clone, but it isn’t a colony like Pando and Jurupa Oak instead, Tjikko regenerates new trunks, branches, and roots all in the same spot. The oldest part of the whole organism is the root system, around 10,000, and he is the “main culprit” for such an impressive lifespan. Around 600 years is the expected lifespan of the trunks before a new clone tree resprouts in its place. 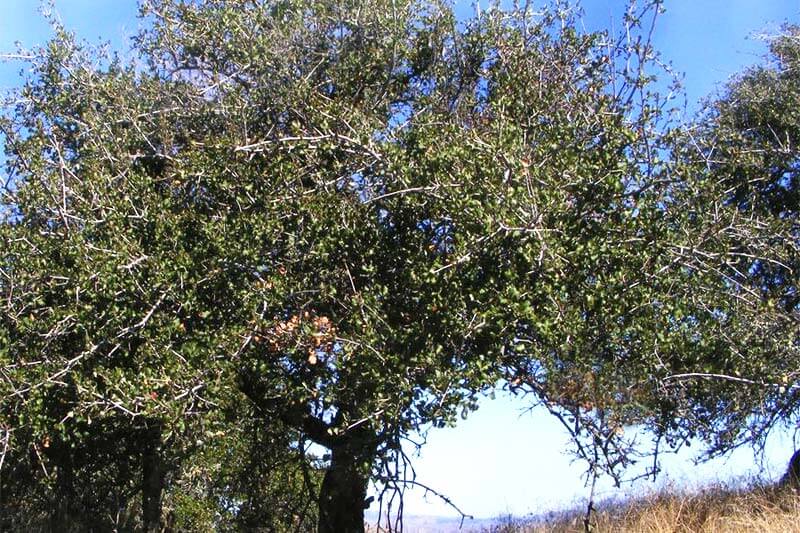 The name of the tree is Palmer’s Oak, but because it is discovered in California’s Jurupa Mountains, it is also known as Jurupa Oak.

Palmer’s Oak (Quercus Palmeri) has an estimated age of over 13,000 years. This is another clonal colony organism that has survived for thousands of years by cloning itself. Its age was estimated by researches based on the size of the colony and the growth of individual stems.

The first thing that comes to mind when you hear the word oak is mighty trees, but in this case, it is about a collection of small bushes which persistently oppose time.

The National Geographic has an interesting statement about the longevity of Jurupa Oak which is worth to be shared:

“By repeatedly cloning itself, the Palmer’s Oak has lived past the separation of Britain from continental Europe, the demise of mammoths and saber-toothed cats, and the birth of human agriculture. It is among the oldest plant in existence, first spouting from an acorn around 13,000 years ago. According to the creationist view of history, this tree was around 7,000 years old when the universe was created.”

When first discovered in 2009, Jurupa Oak had:

It is well known that Palmer’s oaks grow up in a mountain environment with cool, wet climates. That’s why the location of Jurupa Oak, is considered unique because the Jurupa mountains are arid and at a lower altitude.

Although the Jurupa Oak was observed to be covered with flowers, which are the sexual organs of plants, it has not been sexually reproducing at all and only continues to make clones. 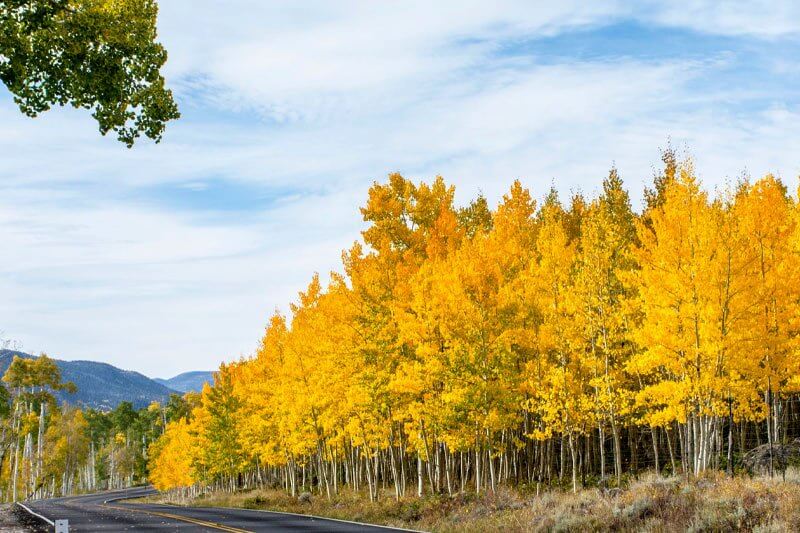 Pando (Quaking Aspen Populus tremuloides) is located in Fishlake National Forest, Utah, the USA. Has an estimated age of over 80,000 years. Pando is considered the oldest tree in the world as well as one of the oldest living organisms.

Unlike most other trees which are individuals, Pando is a clonal colony that shares one underground root system. Above ground, it looks like a grove of individual trees, but they are actually all genetically identical clones. They are known for their bright yellow color in the fall and a quaking sound as the wind passes through their leaves.

The Latin name of Pando means I spread, and the secret of Pando’s long lifespan is the ability to continuously clone itself.

Pando owns the unique ability to produce genetically identical offspring through offshoots from their root system. The ability to multiply asexually through the root system allows Aspens to colonize large swaths of land through a shared root system.

Unfortunately, according to some researches, this magnificent living organism may be dying. Over the years the tree has been declining in size and has slowed down with producing replacement trees. The possible death of Pando may be caused by the human development in his surrounding area as well as the overgrazing of young trees by local animals, or the combination of both factors.

Since mule deers and cattle are allowed to graze in the forest during the summer months and they are fed on new shoots and leaves, and the limitation of new aspen growth is inevitable. Protection with fences has so far proved to be an effective solution because, in protected areas, the aspens were able to rapidly grow and reproduce.

Few more “veterans” among the trees

Since we have already covered the main topic, the 5 oldest trees in the world, it is good to know some other old trees that have adorned the world for years.