What Is the Tallest Tree in the World?

Discovered in 2006, the world’s tallest and goliath of a tree comes with a story of the forest whence it came.

The tallest tree in the world measures 379.1 ft (115.5 m). It is a coastal redwood (Sequoia sempervirens) and is located in Redwood National Park, California. The superlative tree is named Hyperion.

It will be easy to overlook Hyperion in the thousands of redwoods towering the forest, but its extraordinariness is something one cannot deny. 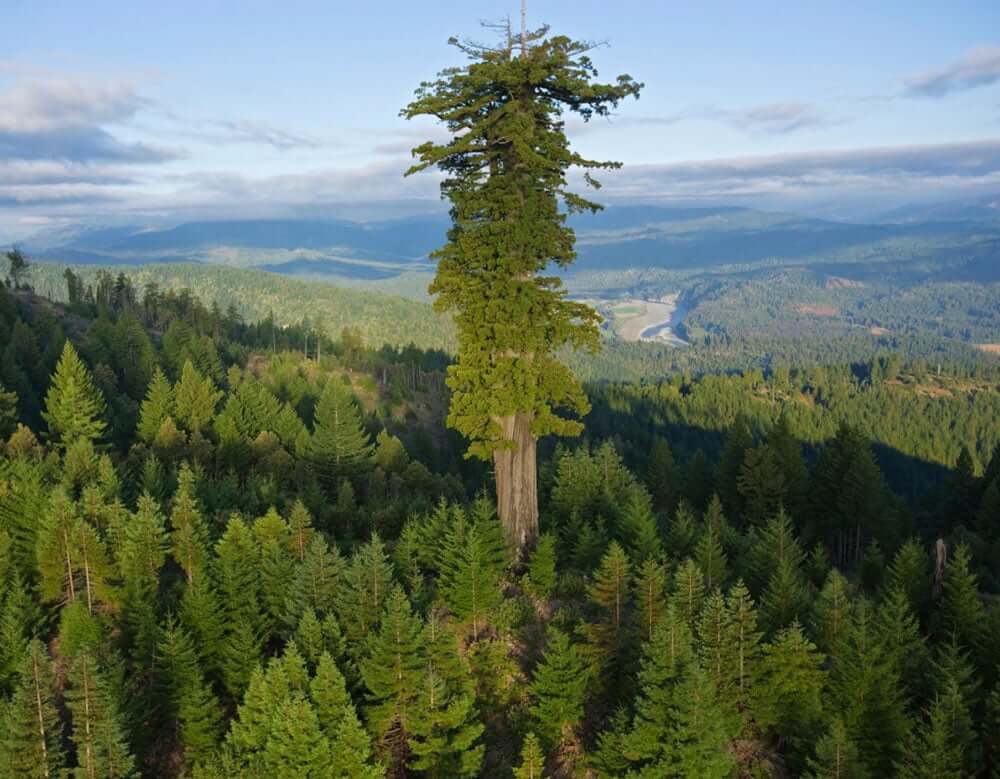 Hyperion belongs to the Sequoia sempervirens – a species of the genus Sequoia in the cypress family. They can be called California redwood, coast redwood, and coastal redwood.

These species are known to be evergreen. In botany, evergreen refers to plants whose leaves remain green and functional through more than one growing season. They are also known to have long lives that could reach over 2,200 years.

Coast redwoods include the three tallest living trees on Earth. At the top of the list is Hyperion, the second tallest tree is called Helios, and the third is called Icarus. Additionally, these trees are among the oldest living things in the world.

The height of Hyperion

When it comes to age, the tallest tree in the world is relatively young compared to other coast redwoods. The oldest coast redwood is more than 2,500 years old, while Hyperion is believed to be 600-800 years old according to experts.

For this tree giant to survive more years, Redwood State and National Parks have taken the initiative to keep its exact location hidden from the public; Hyperion is not marked on any maps.

Although its location is not exactly top-secret as there are unofficial tours given by guides, the reason for this restriction is to protect Hyperion itself. Despite its remarkable size, the tree is considered vulnerable.

Authorities are preventing this record-breaking tree from getting unnecessarily climbed or carved on by tourists. Foot traffic may also cause the tree’s understory to get trampled on and its soil around the roots compacted.

What makes Hyperion so tall?

Coast redwoods are known to grow in such majestic heights. The high tannin content present in their wood is what makes them go practically untouched by diseases or damage caused by insects.

They are also well protected from almost everything but the hottest of fires, because of the thick bark and foliage situated high above the ground.

Another thing that supports the redwood’s growth is its roots, which are extended into the soil in a rather complex manner that simultaneously provides life to several kinds of vegetation, fungi, and other trees.

The discovery of Hyperion

In the summer of 2006, a couple of naturalists, Chris Atkins and Michael Taylor discovered the tallest living tree in the world while exploring Redwood National Park. Hyperion was nicknamed after the Titan father of Helios in Greek mythology.

Before discovering Hyperion, they came across two other giants, Helios and Icarus, the following tallest trees to the Hyperion. Helios measures 376 ft while Icarus measures 371 ft tall.

The naturalists that discovered Hyperion contacted Steve Sillet, a botanist from Humboldt State University in California. As an authority on coast redwoods, Sillet was the first scientist to climb these trees and study them in 1987.

Hyperion was measured using a laser rangefinder that initially calculated its height at 378 ft. This measurement still would have made it the tallest tree on Earth, but laser rangefinders are not always accurate.

As important as finding out the measurements of what might be the tallest tree in the world, the scientist had to make sure of its accuracy. And so, he gathered his ropes and mechanical ascenders.

After the climb, it was then discovered that the initial measurement was low. With the use of fiberglass tape, it turned out that Hyperion was 379.1 ft tall.

Another fascinating fact about the discovery is that Hyperion is located in the Redwood Creek basin, which was cleared in the 1970s.

However, in 1978, the Redwood National Park expansion act allowed Hyperion and the other giants to be saved from logging. It was estimated by Sillett that Hyperion would not have survived if the expansion act was two weeks late. 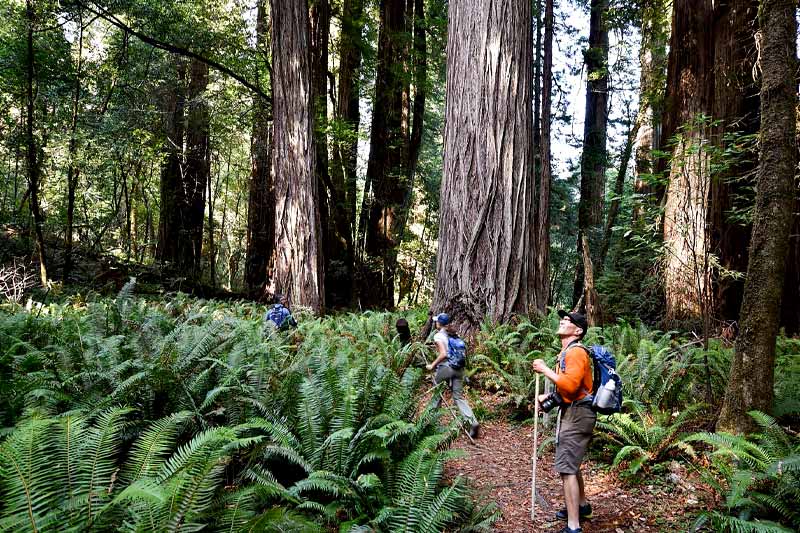 Other tree giants in the world

Helios was the tallest tree in the world until Hyperion was discovered. It had the title from June until August of 2006. It is located in the same park as Hyperion which is the Redwood National and State Park.

Helios is 376 ft tall and is a coastal redwood. It is named after the Greek Titan, Helios, who was a god of the sun because its treetop remained sunlit when it was first spotted near sunset.

Located still in Redwood National and State Parks, Icarus is known to be the third tallest tree in the world. It was discovered in July 2006 with a height of 371 ft and a diameter of 12.4 ft. Icarus is also a coast redwood.

The Centurion is known to be the world’s tallest Eucalyptus regnans tree. The species is also third to the tallest tree species on Earth next to coast redwood and the yellow meranti.

Located in southern Tasmania, Australia, the Centurion measures 327 ft tall. It was discovered in 2008 by employees of Forestry Tasmania during data analysis for mapping and assessment of state forest resources.`

Menara is a yellow meranti (Shorea faguetiana) It is measured at 331 ft, which makes it the world’s tallest living topical tree and Asia’s tallest tree. Menara is located in the Danum Valley Conservation Area, in Sabah on the island of Borneo.

Discovered in 2018, the tree was measured by a research team in collaboration with Southeast Asia Rainforest Research Partnership (SEARRP) using a tape measure.

Menara weighs almost 81,500 kg excluding its roots. 95% of this mass belongs to the trunk while the remaining 5% comes from the 40-meter-wide crown.

The tree is highly symmetrical and well-balanced with an extremely straight stem despite it sitting on a slope. In the Malay language, Menara means “tower”.

Also known as the Brummitt Fir, this Coast Douglas-fir (Pseudotsuga menziesii var. menziesii) is 327 ft. high. It is located in Oregon.

The Doerner Fir was initially measured in 1991 at 329 ft. but in 2008, it lost 2 ft of its height. It is also approximately the same height as Centurion, the tallest Eucalyptus regnans tree.

With a height of 301 ft, this tree is one of the last remaining examples of an ultra-sized white peppermint. This tall manna gum (Eucalyptus viminalis) can be found in Tasmania, Australia.

Just like the world’s current tallest tree in the world, the Stratosphere Giant is a coastal redwood. It was the tallest tree until the discovery of Hyperion, Helios, and Icarus.

This giant was discovered in 2000 with a height of 371 ft. It can be found in Humboldt National Park.

How climate change is affecting Hyperion and the Forest

Generally, forest fires are natural, especially in the ecology of coast redwood. However, because of climate change, a new breed of forest fire imposes a major threat to the species and the forest itself.

The unprecedented wildfire season in 2020 shocked California with 4.25 million acres of land burnt. A total of 81,000 acres of coast redwoods were affected wherein 11,000 were old-growth.

California’s droughts and heat waves have intensified due to climate change. With poor forest management, the forest will inevitably suffer a lot of conflagrations.

Although coast redwoods may live due to their thick, fire-resistant bark, it cannot be helped that some redwoods won’t survive intense fires. Damaged trees will take many years to regrow their crowns as well.

In addition, climate change is also threatening the survival of the coastal redwoods by decreasing the length of time fog covers the coastal forests, which is essential for the forest’s moisture.

Unfortunately, research has shown that the average length of fog time has decreased by more than three hours over the previous century.

With global warming becoming more and more severe, one can only hope that coastal redwoods would be able to adapt.

Many believe that Hyperion’s popularity will help spread awareness regarding the conservation of coastal redwoods and trees in general. This superlative tree might just help in framing the conversation of nature preservation. 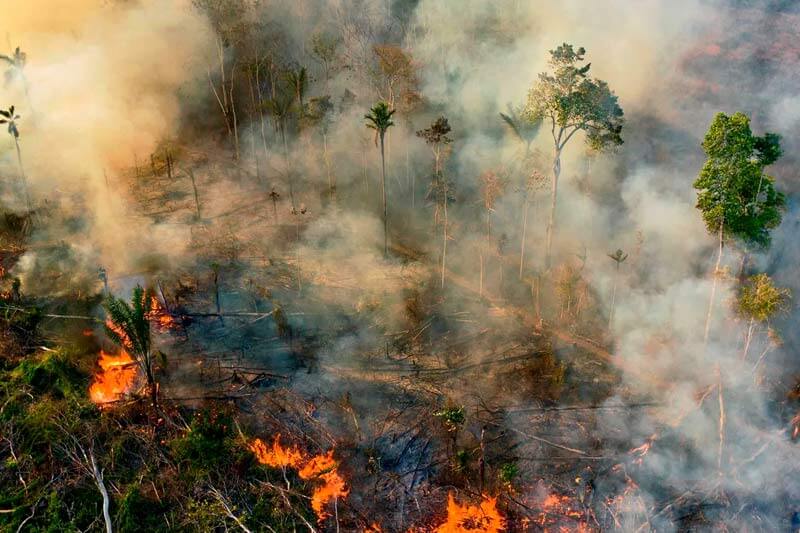