How Many Trees Are Being Cut Down Each Year?

Tree cutting is one of the oldest and perhaps most consequential activities on earth. Just how many trees are being cut each year and where, or how are they being used? 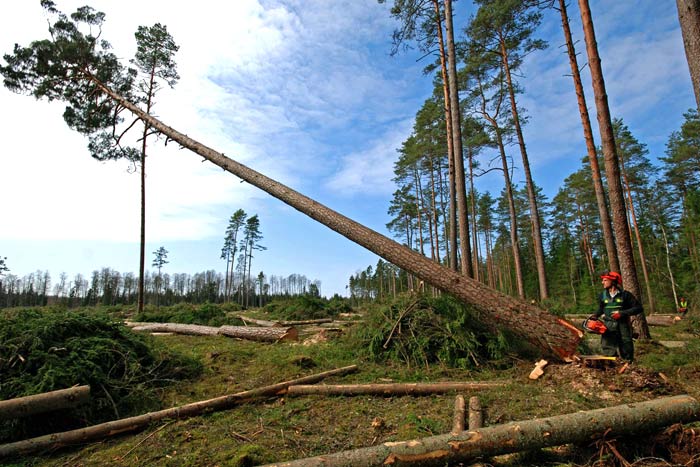 Between 3.5 billion to 7 billion trees are being cut every year according to a report published by the Rainforest Action Network (RAN). The United Nations Environment Programme (UNEP)’s 2020  The State of the World’s Forests report also indicates that about 420 million hectares of forest have been cleared in the past 30 years which is equivalent to about 12 million hectares of forest per year.

While a significant percentage of tree cutting is done for necessary economic activities, there is certainly a need to take stock of the current forest cover and track the felling of trees for various reasons. For this, a clear picture of the number of trees currently on the planet vis a vis the tree cutting figures is required.

Number of Trees on The Planet

Approximately 31% of the global land area is covered by forests according to the UNEP report referenced above. This excludes trees growing in non-forested areas such as cities and private homesteads. In total, an estimated 3 trillion trees are growing on the planet according to a 2015 scientific study.  More importantly, the report also shows that almost half (45.8%) of the planet’s tree cover has been lost as a result of deforestation over the decades.

Using a combination of satellite imagery and ground surveys, scientists were able to paint an accurate picture of the number of trees on the planet in 2015.  The figures can be confirmed using other estimates by organizations such as UNEP, WEP, and independent environmental research groups over the years. Unlike other studies published in the past, this one is not only peer-reviewed but also used modern techniques and technologies to gather the data.

Here is a breakdown of some of the countries with the highest number of trees according to the study: 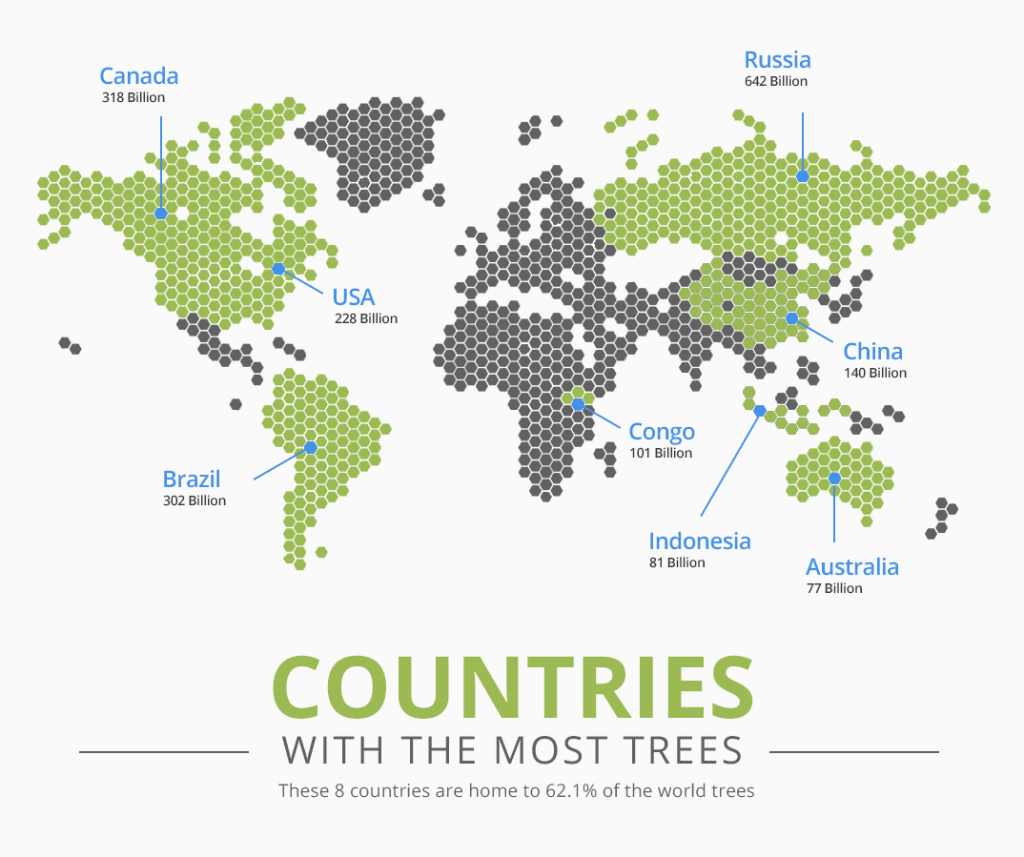 The last three countries on the list were considered to have no trees at all based on ground data. If any, most of them either have no vegetation or forest land.

Number of Trees Removed in The Last 100 Years

There are several non-peer-reviewed studies out there that claim to have a clear picture of the deforestation that has occurred over the last century. While these figures cannot be verified for obvious reasons, such as there being no tree cutting studies as recently as fifty years ago, some of the studies use a mixture of rudimentary estimations and empirical data to paint a picture of the past decade’s deforestation and can be relied upon. 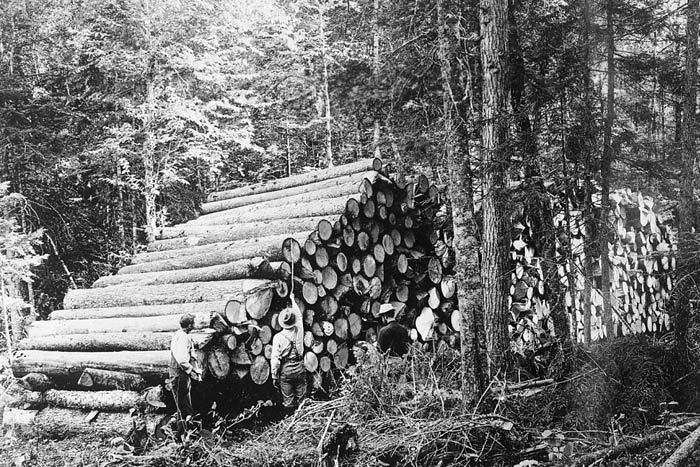 In the same report, it is estimated that over 3 trillion trees (equal to the current tree cover) have been cleared by humankind since the beginning of civilization. However, it’s also important to point out the fact that some countries have managed to match or surpass the ratio of trees being felled versus those being planted.

For instance, the United States which happens to host approximately 8% of the world’s forests has more trees now than it had a century ago. The country’s harvest to planting ratio has been positive since the 1940s.  The same cannot be said of other countries, though, hence the need to continue encouraging tree planting and less deforestation around the world.

Percentage of Trees Cut Down Each Year

Approximately 3.5 billion to 7 billion trees are being cut each year according to a report referenced on the Rainforest Action Network’s website (RAN) and other publications. Given the current estimate of the total tree cover on the planet, that could equate to about 0.11% of trees being cut each year.

However, empirical research by environmental bodies such as UNEP tends to use landmass as opposed to individual tree count to estimate the rate of deforestation. As such, the State of the World’s Forests report under Global Forest Resources Assessment 2020 indicates that approximately 10 million hectares of tree cover are being lost to deforestation every year.

Top Reasons for Trees Being Cut Down

As the rate of deforestation continues to increase in some parts of the world, it’s also important to note the reasons behind it. Tree cutting is mostly done for commercial reasons like the demand for more agricultural land in some areas. Here then, are some of the top reasons why trees are being cut down today:

Timber harvesting currently accounts for 37% of tree cutting around the world according to a report by IntactForests.org. However, a big percentage of the timber harvesting is being done on commercially grown forests except in developing countries and those with significant indigenous forest covers such as Brazil and DR Congo.

The need to have more agricultural land has always been a big contributor to deforestation around the world. Approximately 28% of tree cutting is being done for agricultural expansion with underdeveloped and developing countries leading. FAO estimated almost two decades ago that in two-thirds of the countries with expanding agricultural land, forest areas were sharply declining.

Large-scale farming is the main driver behind rapid deforestation in Latin America and some emerging economies such as Indonesia while small-scale agriculture continues to contribute to deforestation in Africa. With growing populations and demand for more food and natural resources, it is difficult to address the issue of deforestation where agricultural expansion is involved.

With changing climatic conditions and increased human encroachment into forest reserves, there has been a steady increase in the number of forest fires in recent years. To date, wildfires account for approximately 21% of trees being lost each year around the world.

These account for 12% of trees being cut around the world to pave for projects such as road and rail constructions, road expansions, mining activities, and similar human activities. 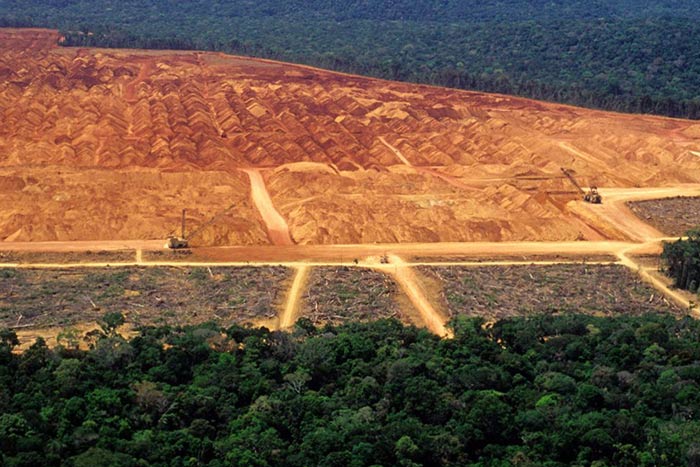 There is no doubt that mass deforestation has had a massive impact on the planet with climate change being the biggest one. Here are some of the major impacts of mass deforestation as identified by environment scientists over the years:

Without forests, most living things depending on the forests for survival lose their natural habitats. This can have devastating effects on life on the planet ranging from human-animal conflict to mass extinctions. Indeed, the planet has lost a number of its animal, bird, and other living organisms as a result of deforestation and mass extinction.

There is a very clear link between massive deforestation in some parts of the world and climate change characterized by disappearing lakes, dried rivers, rising sea levels, flooding, landslides, and other harsh weather conditions.

Massive deforestation is the reason behind extreme soil erosion in some areas that has a negative and long-term effect on farming. In the long run, deforestation leads to desertification and more frequent wildfires.

Number of Trees Being Replanted to Offset Deforestation

Over the years, environmental organizations and groups have managed to highlight the importance of reforestation. As a result, many countries have taken the initiative to plant more trees each year to offset deforestation.

A recent study by Scientists at the University of Maryland indicates that roughly eight hundred thousand square miles of tree cover has been added since 1982.  This is a good effort but environmental experts still estimate that we need to plant at least a billion hectares of tree cover by 2050 to curb global warming and other effects of deforestation.