Tell Us About
Your Tree Job
Step 2

Up to 4 Tree Services Compete
For Your Business
Step 3

You Choose
The Best One
How it works

Tell Us About Your Tree Job

Up to 4 Tree Services Compete For Your Business

You Choose The Best One
Featured and Trusted by:

Since the beginning of time (well at least the carboniferous period 360 million years ago), trees and forest cover has been an important part of life on the planet. It’s responsible for most of our food, medicine, construction materials, fuel, among other necessities.

However, despite this, deforestation continues at a rapid rate.

To put this into perspective, it’s estimated that we lose more than 15.3 billion trees each year to deforestation.

This translates to a scary loss of more than 8 million hectares of forested land. Which is the size of Italy.

We can’t understand deforestation and its impact without first understanding some of the basic facts about forests in the world. Among the most important facts you should know include:

Deforestation refers to the complete and purposeful removal of trees and forests. The reason for this could be to create more space for an ever-growing population, to practice agriculture, mining, or to expand infrastructural developments.

It’s, therefore, slightly different from commercial legal logging which is defined as the regulated cutting down and processing of specific trees for timber.

While deforestation has been around for more than a century, its contribution to the increasing carbon emissions in the world over recent years has put everyone on red alert.

Today, nearly every country with the help of the United Nations is looking for solutions to put an end to it.

Here’s an outlook of just how bad deforestation and forest cover loss is among several countries of the world. 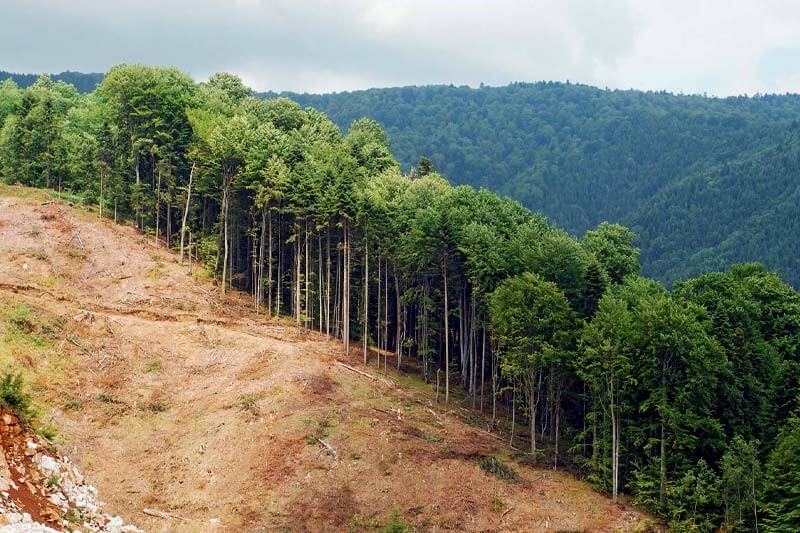 Where is deforestation happening the most in 2021?

Deforestation is a problem on every continent. To get a better picture of how bad deforestation has been, let’s get down to the numbers.

On average, the world lost around 8.8 million hectares of natural forest cover in 2021.

Below is how much each continent lost:

It depends. While the world has been on the right track since 1920 in terms of forest growth, the number of trees in 2050 will depend on what we do moving forward.

According to a study conducted by the Center for Global Development, we stand to lose at least one million square miles in forested land by 2050 to deforestation.

This will bring down the total number of trees to around 2 trillion trees.

Additionally, many small and middle-income economy countries are projected to have less than 1% forest cover due to the population increase and subsequently, the increased demand for agriculture and more land.

Nevertheless, if the governments continue to implement the right policies governing forest logging, we have no reason to worry.

The number of trees is set to increase by 2050.

There are numerous causes of deforestation. However, they can all be classified as either direct or indirect causes. The direct causes can be divided into:

Here’s a breakdown of how these factors contribute to deforestation.

As the world’s population continues to increase, so does the demand for food, shelter, grazing land among other necessities. By 2021, the world’s total population stood at 7.9 billion people.

This indicates a more than three-fold population growth when compared to the 2 billion estimated population a century ago.

As such, people are continuing to expand into forested lands converting them into cultivation and livestock grazing land to meet the increasing demand.

It’s estimated that these activities alone contribute to around 85% of the deforestation in the world.

Beef farming has particularly been singled out as a massive deforestation contributor since the farmers clear massive tracks of forest land to grow soy and palm oil that’s later fed to their animals like cows, pigs, and poultry. 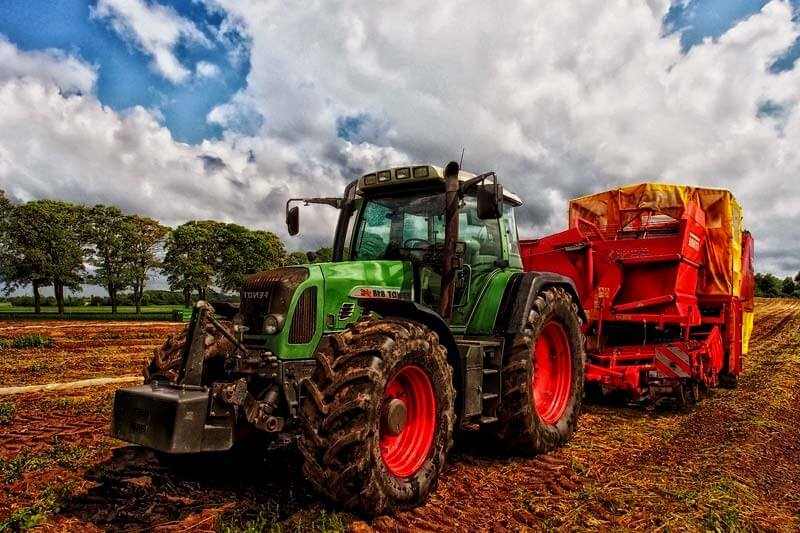 Over the past two centuries, nothing has been in more demand than timber and its products. Timber is very valuable in the construction industry, furniture industry, and more importantly, the paper business.

With one tree estimated to produce around 8,333 sheets of paper, and the average textbook containing around 700 pages, you can imagine how many trees need to be cut to meet the textbook demands of schools worldwide.

Keep in mind, the US alone requires more than 626,000 tonnes of paper every year to produce books.

Illegal logging has also been a key player in deforestation. It accounts for around 25% of the forest degradation since millions of people in the developing countries still consider charcoal and firewood their only source of fuel 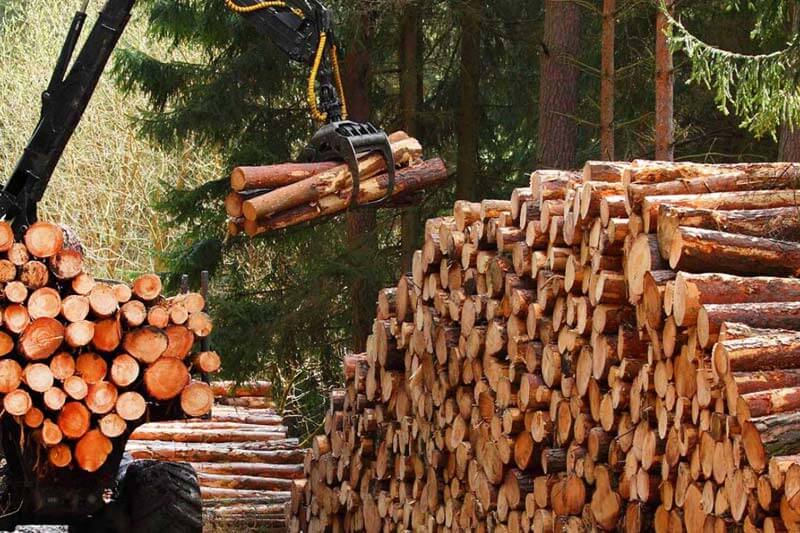 As the demand for minerals keeps increasing, players in these industries have found it necessary to clear forested lands for their activity. On average, both mining and drilling contribute nearly 7% of all the deforestation worldwide.

The large-scale nature of these activities, especially in tropical forests, means that trees have to be cleared to make room for infrastructural developments.

The pollution resulting from mining and drilling activities has also led to the death of many tree species and wildlife. A case in point has been the numerous mining disaster happening in the Amazon Forest in Brazil. 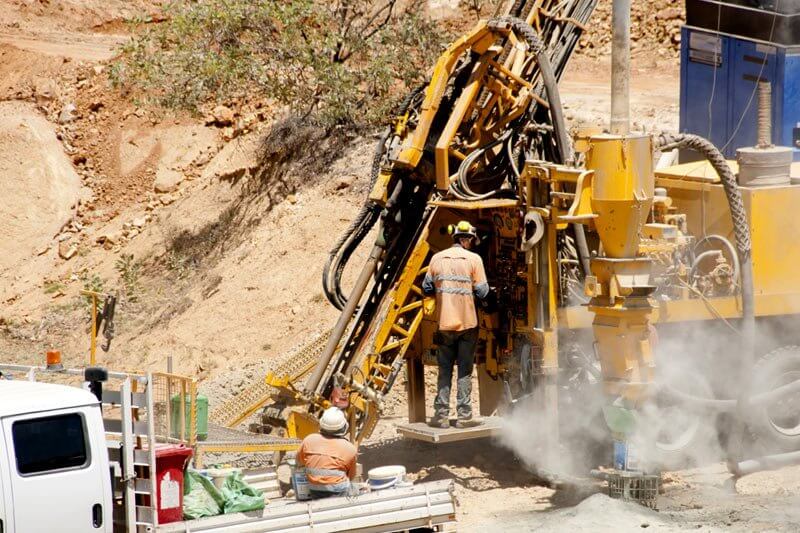 Cutting down trees legally or illegally in forested land means that you’ll also need to construct the roads to transport them. This, therefore, increases the size of forested land that has to be cleared.

The creation of dams from rivers cutting across forests also means that more trees will need to be sacrificed. 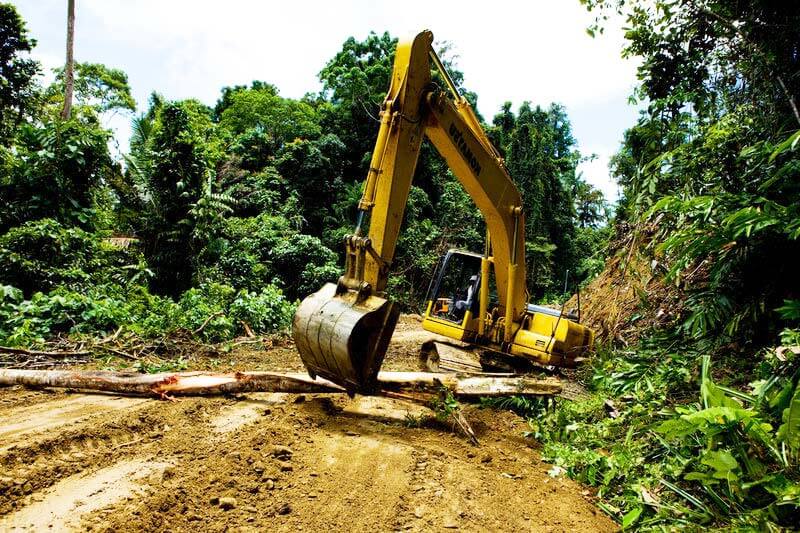 It’s actually no surprise that wildfires have a role to play in deforestation. Barely a year ago, Australia battled a serious wildfire that was dubbed the ‘worst wildlife disaster in modern history.’

In the US, nearly 2.2 million hectares of forest land were burnt down in California in 2020, with another 800,000 hectares burning down in the northwestern parts.

These fires are mainly attributed to climate change but in some cases, human carelessness has been to blame.

In total, the government estimates that wildfires contribute to almost one-quarter of the deforestation faced in the country. 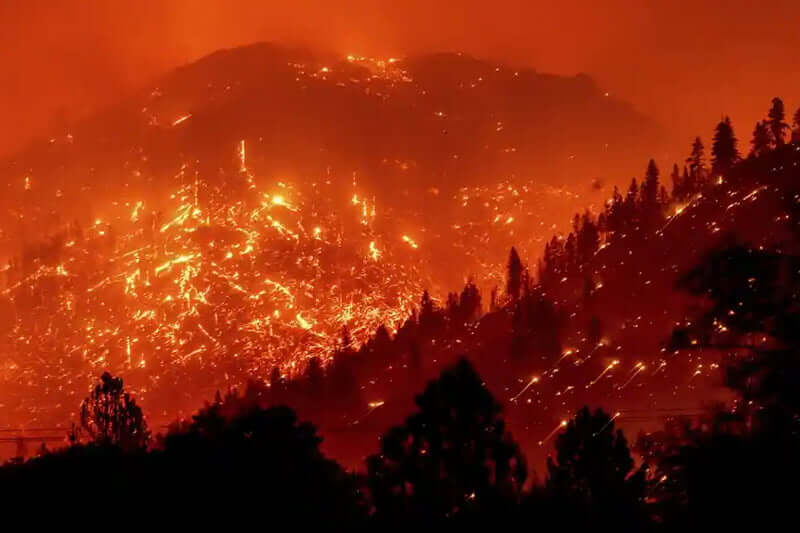 Deforestation in the Americas

Most of these losses were driven by urbanization and the increase in wildfires caused by global warming and human activities.

Commodity-driven deforestation and the shift in agriculture were also big contributors to this massive forest loss.

Here’s the breakdown of the impact of each of these drivers:

Wildfires were the biggest drivers for these losses in Canada, resulting in a loss of 932Kha of forest cover. However, other drivers such as urbanization and commodity-driven deforestation still played a big part in the loss.

This table shows you their impact:

It’s important to note that in Canada, the tree cover losses in three regions account for more than 50% of the total deforestation in the country. These affected regions include:

Deforestation in the Amazon

In South America, deforestation in the great Amazon rainforest in Brazil is probably the most well-known. Governments not just in the region but across the world have expressed their concerns about the vast illegal logging happening in the forest.

As of July 2021, the Brazil National Institute of Space Research estimated that around 8,224 square miles of the tropical primary forest had been lost.

This indicated a 33% increase in deforestation rates within the first 10 months of the year, the highest level seen in about 15 years!

The biggest drivers of deforestation in the Amazon forest include:

Other south American countries with high deforestation rates include:

Deforestation in the Africa

Besides the Amazon, the tropical rainforests in Africa have also caught the world’s attention when it comes to deforestation.

In fact, according to the United Nations Environment Programme, Africa is going through deforestation at twice the rate of the world. Over the past year alone, the continent lost nearly 3.2 million hectares of forested land!

The most affected forest is the tropical rainforest in DR Congo which is estimated to have lost around 0.481 million hectares of primary forest cover in 2021.

The biggest driver for this loss was the shifting agricultural practices among the locals as they seek to create more land for cultivation.

The table below shows the impact of other deforestation drivers in DR Congo’s tree cover losses.

Besides DR Congo and most of the West African rainforests, the majority of Sub-Sahara African countries still struggle with the same deforestation issues.

For most of these countries, deforestation is propelled by the lack of proper policies regulating commercial logging, charcoal production, and the expansion of agricultural land.

Below are the countries leading in deforestation rates across the continent:

Deforestation in the Asia

Across Asia, majority of the deforestation happens in South Asia which is home to around 15% of all the world’s tropical rainforests.

By 2020, South East Asia had lost around 235,500 square miles of forest cover, of which 31% of the affected areas were in the mountainous regions.

Indonesia, in particular, has been a massive hotbed for deforestation. Each year, the country loses more than 1.2 million acres of boreal forest, giving it the highest deforestation rate of any country.

In 2021, the country lost around 950Kha of tree cover with the main driver for this loss being commodity-driven deforestation.

Other factors that influenced this loss included:

Besides Indonesia, other South Asian countries grappling with deforestation include:

There are approximately 3.04 trillion trees in the world in 2022. This figure shows that there’s actually more trees now than there was 100 years ago. The increase is attributed to the massive tree-planting initiatives employed by many governments.

Nonetheless, deforestation is still on the rise and so, we’re not yet out of the woods. Without the right policies in place, we can still as easily lose that massive stride we’ve had over the past century.

The worst thing about deforestation is that its impact is felt by everyone, from humans, to animals, to the soil and the entire environment.

Here are a few of the most severe impacts experienced today:

Effects on humans and animals

One of the biggest effects of deforestation on humans has been climate change, an enemy countries meet nearly every year to try and address.

Climate change has caused an unexpected shift in weather patterns which in turn adversely affects food and agricultural production.

Farmers worldwide, have over the past few decades, complained of either too much rainfall, or little to no rainfall as an impact of climate change.

Heatwaves have also become a common impact in parts of the US, India, and the Middle East leading to the loss of lives for both humans and animals.

Other most notable effects of deforestation on humans include:

Note: Other diseases like Malaria and Bilharzia (Schistosomiasis) can be linked directly back to land alterations as a result of human activities.

Effects on the environment

How can we put an end to deforestation?

To successfully put an end to deforestation, everyone has to play their part.

Luckily, several governments and organizations have already implemented policies and schemes to manage forested areas. Some of the most effective ones include banning illegal logging of trees and setting up protected forest zones.

But to play your part in stopping global warming, here are some things you can do:

Author: Ben McInerney - Ben is a qualified arborist with 15 plus years of industry experience in Arboriculture. He ran a successful tree service before turning to writing and publishing. Ben is dedicated to providing users with the most accurate up-to-date information on everything trees.
Tree Trimming Cost Guide 2022