Having trees around your home can help you save up to 75% on your home cooling cost. It has been proven by a study from the Department of Energy using computer modeling that having trees placed in strategic locations on your property to give your home shade during the right parts of the day is the best way to keep cool during the summer.

It showed that trees can reduce power bills by up to $250 a year significantly less time running air conditioners. This figure is compounded in larger homes. 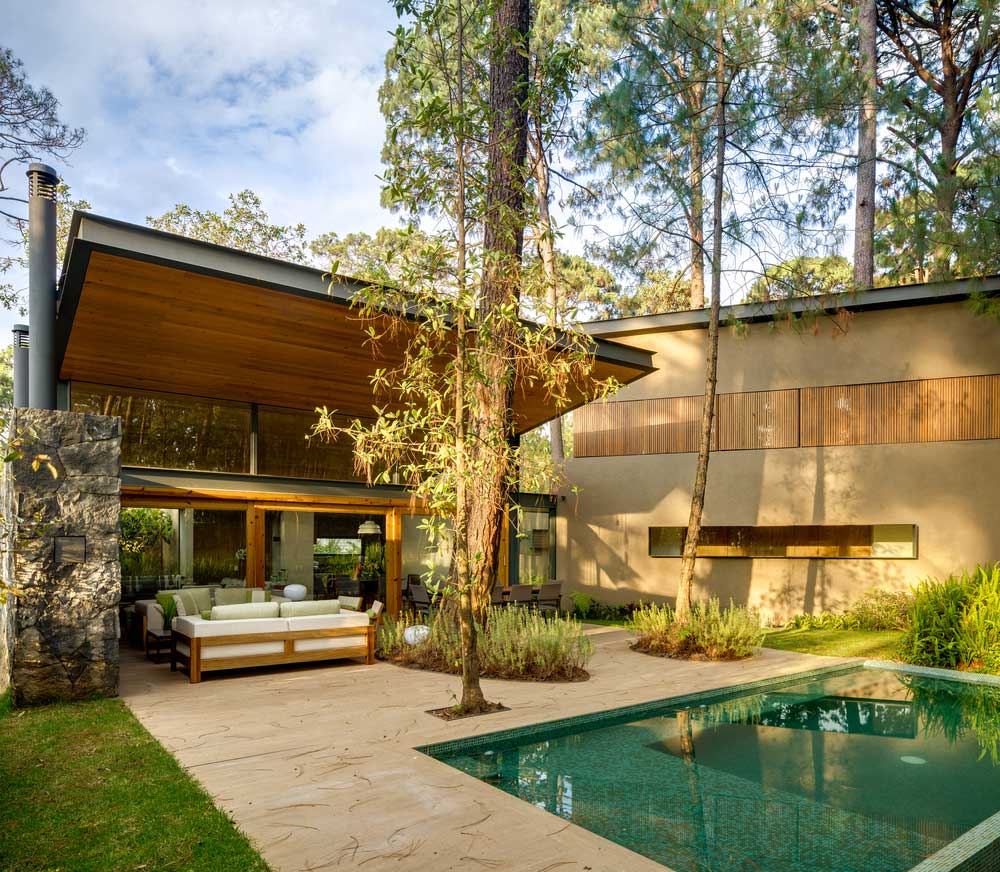 How urban trees can conserve your energy

In general leafy yards and suburbs boast cooler homes during the summer months.

They are a lot cooler than suburbs sparsely populated by trees. The greater percentage of canopy cover, the greater the savings potential on electricity when cooling your home with air conditioning.

There are a lot of other factors such as the type of home you have, the direction it is facing the immediate trees around your home providing shade.

The heat island effect refers to the sun heating up cement in our cities and increasing the average temperature by 5 – 10 degrees hotter than it should be. This is because cement acts as a store for the heat and remains there all night.

Having a majority of the city shaded by trees, stops the sun rays from coming in direct contact with the cement or brick, hence reducing the heat island effect. The fact that trees also release water vapor into the air compounds the cooling effect. 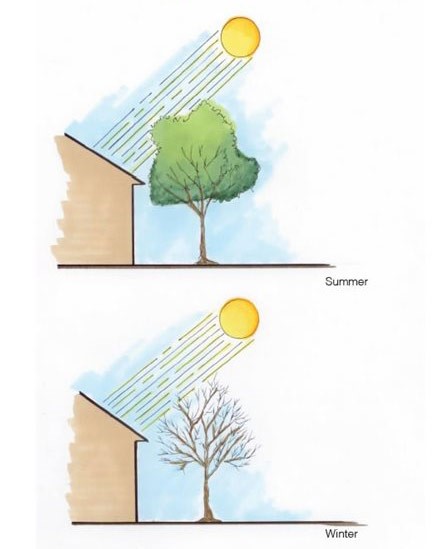 What is really good is getting the best of both worlds. Having a deciduous tree that loses its leave during winter, means the sun can also be used to heat your home in the cooler months. Also paying special attention to the sun’s arc in the sky and tree placement pays dividends.

Steer clear of tall evergreen trees on the south side. This is because these tend to block part of the winter sun. The sweet spot would be deciduous trees planted on the south side and west side of your home. 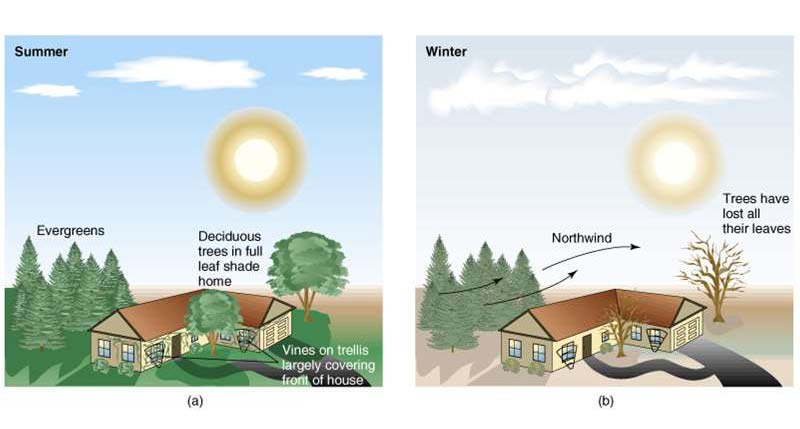 Plant trees on the south and west sides of the building where the sun’s rays are the most intense during summer. By limbing up or performing what’s called a canopy lift on trees means that when the sun is lower in the sky in winter, it will have maximum heading affect as it can shine under trees and hit the sidewalls of your home heating it.

Trees, shrubs, and ground cover plants can shade the ground and pavement around your home. The air around cools, and heat radiation is reduced. Keep in mind not to allow dense foliage to cultivate around a house to prevent humidity and wetness buildup.

Before going in alone, it might be worth calling in a professional landscaper to get some advice. 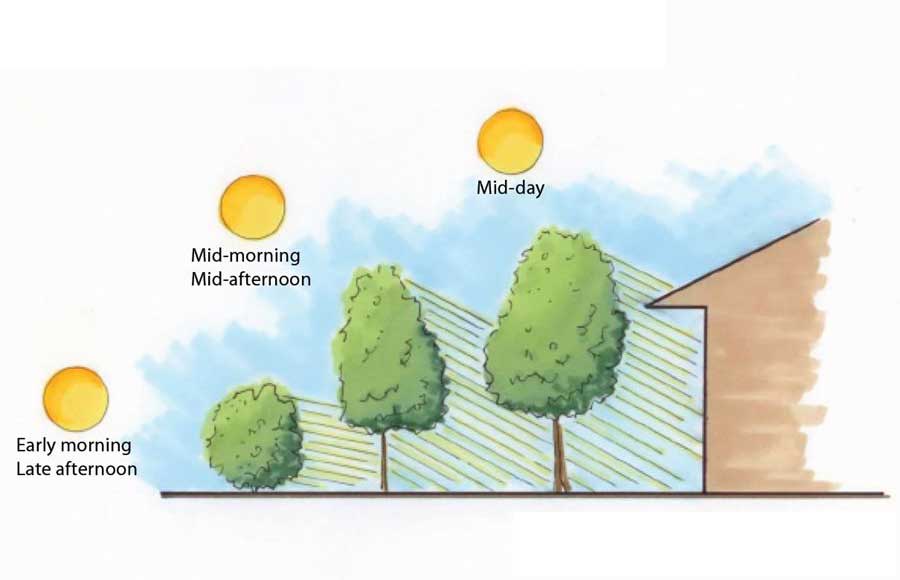 How much energy is saved?

The study used about 450 homes randomly sampled from the land park area. It found out that planting a tree can save the average homeowner at least $25 per month on their energy bill with strategic tree placement. Experts say, depending on where you plant your tree, it can help you save up to 40% off your bill.

Apart from choosing energy-efficient appliances, planting trees is another useful method that could save you over $250 per year. For instance, if an average energy consumption of a home for air conditioning in the winter is about $50 per month, it could increase to $250 in the summer.

You may expect the cost to rise to as much as $350 with increased air conditioner use. With trees around your home that offer to cool, your energy consumption can reduce by 30%. 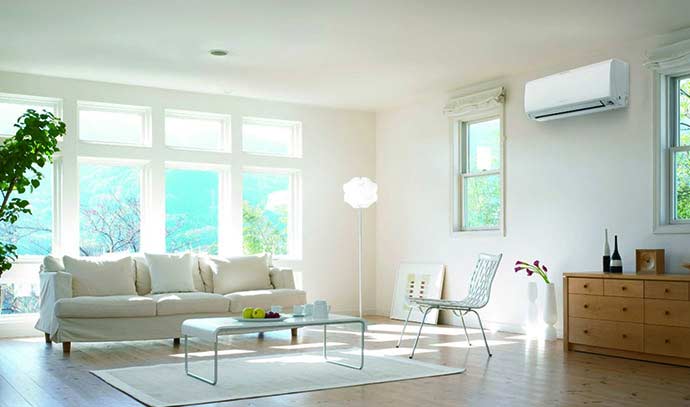 Trees can add value to your home

As stated by the council of tree and landscape appraisers, a healthy mature tree can add from $1,000 to $10,000 to your home’s total value. One of the non-aesthetic ways a tree can improve the quality of life on your property is when it saves you money in the long run.

Trees are continually cleaning our air and improving our air quality. They emit the oxygen we need to breathe while absorbing carbon dioxide and trapping other air pollutants including carbon monoxide, nitrogen dioxide, sulfur dioxide, and ground-level ozone. Just as we effortlessly breathe these gases into our lungs and potentially cause us serious health issues, trees absorb these and remove them from the air.

Trees also take in tiny particles of pollution and smog that land on their bark and leaves. These chemicals go through a sequence of biochemical reactions that can convert them to non-harmful compounds.

That said, trees absorb close to 50 pounds of CO2 per tree per year. With trillions of trees in the world that is a lot of CO2. This means that by the time a tree reaches 40 years of age, a single tree would have stored about 1 ton of CO2.

Overall, trees not only reduce energy costs but improve air quality in your local town or city.