How Many Trees Are Planted Each Year > Day > Minute

Tree planting is and has always been one of the most important human activities for centuries. Ideally, it is expected that we should be planting as many trees as we lose every year to achieve the most desirable tree cover needed for a healthy environment and sustainability.

As expected, most trees are being planted in countries with either rich and vast landmasses such as China or those with a focus on environmental sustainability. Notably, small countries are making a great impact on the tree planting agenda. A shining example is Ethiopia which set a world record in 2019 by planting 350 million trees in a single day as part of its efforts to recover its lost tree cover.

Different countries have both private and public tree planting initiatives meant to encourage the replenishment of lost tree cover. By far, developed countries lead in this agenda with some successfully planting millions of trees in the past few years and matching the number of trees being cut each year.

Indeed, while we still have a long way to go in terms of tree planting to required levels, data shows that a lot of progress is being made in some parts of the world. For Instance, a recent report by the University of Maryland shows that around 800, 000 square miles of trees have been replanted in the past 40 years. 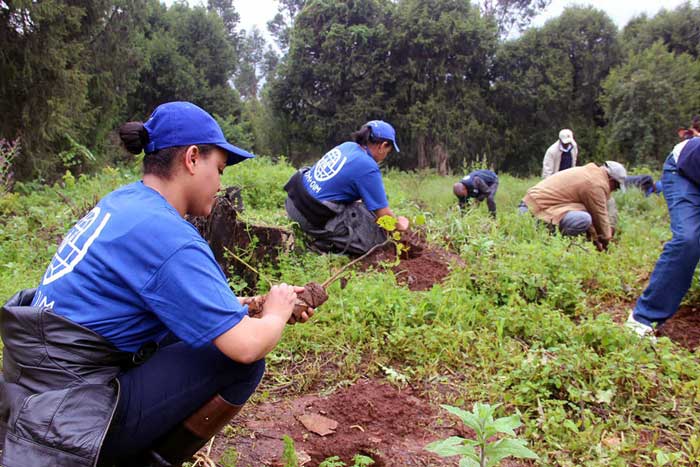 Countries such as the United States which take the lion’s share in terms of tree cover also happen to have the best replanting numbers managing to maintain a positive ratio between harvesting and replanting.

Below is a table showing the number of trees planted by some of the major countries around the world in the past few years. The table ranks countries that have planted the most trees from highest to lowest:

Note that these are only estimates sourced from various independent and government-sponsored studies. While great effort has been put towards documenting the number of trees being cut or planted around the world, it’s almost impossible to keep an exact record of all trees being planted every year because of the number of players involved in tree planting in each of these countries. 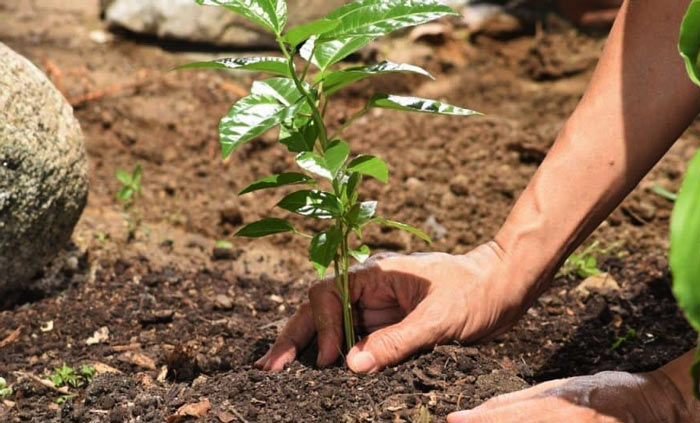 How Many Trees Are Planted Each Day?

Approximately 5 million trees are planted each day according to statistics from various independent and government environmental bodies. However, it is not possible to ascertain daily planting figures because of the number of players in the tree planting agenda. For instance, private companies plant millions of trees each day but do not release their numbers to the public. The same case may apply to some private environmental groups, individual farmers, and homeowners.

However, countries normally keep an accurate record of trees planted through direct tree planting initiatives and a sampling of this data can go a long way in painting a picture of the daily numbers. For instance, in Canada, it is estimated that an average British Columbian planter can plant at least 1,600 trees a day with average planting totals from all involved groups being 2,500 trees per day.

Many other countries- especially those in the west- have a similar number and are contributing immensely to the reforestation agenda. However, as seen from the numbers in the table above, a lot still needs to be done to help countries with low replanting rates to catch up for the world to reach its goal of planting at least 1.3 trillion trees by the year 2050.

By far, China leads the rest of the world in the number of trees planted in the past few years as seen from the data above. Over 2 billion trees have been planted in China alone in the last few years according to the statistics compiled and published by the World Tree Map and other organizations.

However, more recent data also indicates other countries- especially in Europe- are slowly catching up with their tree planting initiatives. The Trillion Tree Campaign, an organization set up by the UN and other interested parties tracks the number of trees being planted and registered on its online platform each day.

It currently lists Germany as the one leading in the number of trees planted in the past few months despite the current pandemic. The aim is to plant 1 Trillion trees and 13.49 billion new trees had been registered on the platform by the time of publishing this guide.

How Many Trees Are Planted Each Year?

Approximately 1.9 billion trees are planted each year according to data from various sources. However, this data may not represent the total number of trees planted especially because of the number of people and organizations involved in tree planting that do not keep accurate records of trees planted. A more accurate figure can be arrived at by looking at trees planted in small geographical areas such as countries or states.

Here are some important facts about planting trees:

There is clear evidence from numerous studies that planting trees can help reverse some of the negative effects of climate change. For instance, replanting trees in a single forest can significantly improve the amount of rainfall in surrounding areas and also prevent carbon from escaping into the atmosphere.

It is estimated that planting at least 1.2 trillion trees would help solve the carbon problem better than any other solution.  That said, it’s widely accepted that planting trees alone will not help reverse climate change. More solutions such as cutting greenhouse emissions need to be implemented even as more trees are planted.

Are We Planting More Trees Than We Are Cutting Down?

Some countries such as the United States have managed to keep a healthy ratio between the number of trees being cut and those being planted for decades. However, this is not the case in many countries, especially in developing nations. As it stands, we are planting fewer trees than we are cutting down every year.

Do We Need to Be Planting Trees Faster?

Going by recent tree planting data and the rate of deforestation, there is an immediate need to plant trees at a faster rate in all parts of the world.  The world needs to plant at least 1.3 trillion trees in the next thirty years to restore the earth to healthy levels of tree cover and cancel out CO2 emissions according to recent reports.

Author: Ben McInerney - Ben is a qualified arborist with 15 plus years of industry experience in Arboriculture. He ran a successful tree service before turning to writing and publishing. Ben is dedicated to providing users with the most accurate up-to-date information on everything trees.
Tree Trimming Cost Guide 2019