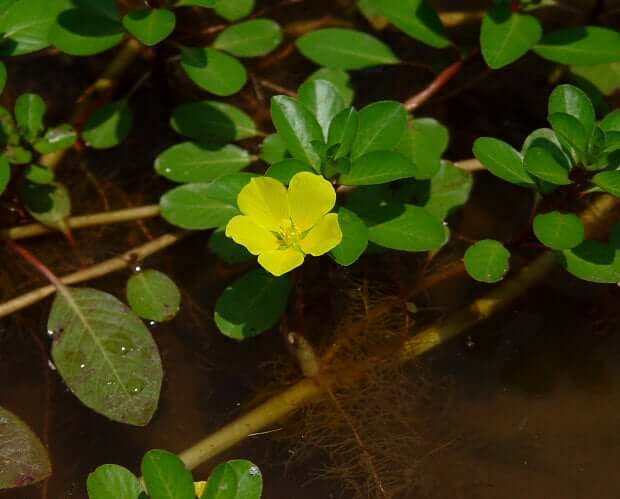 Origin – Native to North America, Central and South America, and the West Indies.

Other information – This attractive species can be found scattered throughout Alabama and is probably more common tan is reported. The plant can be identified by its floating stems, alternate leaves, and yellow flowers. The flowers have five petals and five sepals.

The genus name Ludwigia is given in honor of Christian Gottlieb Ludwig (1709-1773). Ludwig was professor of Botany at the University of Leipzig in Germany. The University was founded in 1409 and is still in operation today with almost 30,000 students.

The species epithet peploides derives from the Greek “pepl” meaning “a gown, coat” and “oid” meaning “like, form, resembling” perhaps referring to the large floating mats the plant can form when left unchecked. 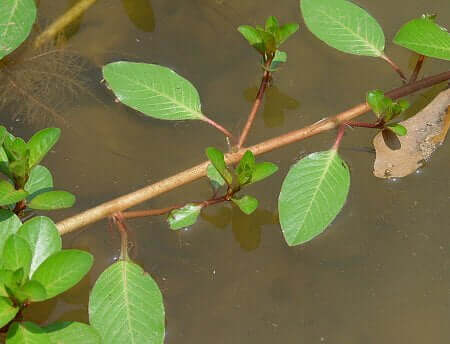 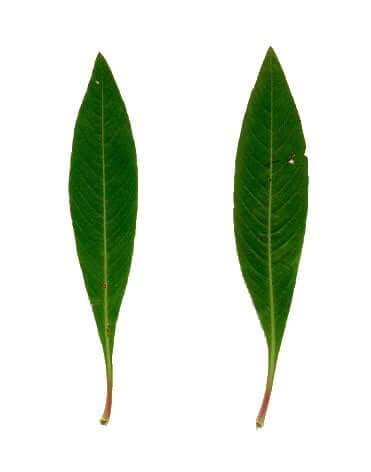 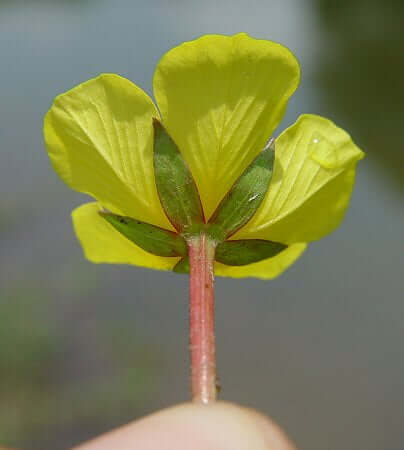 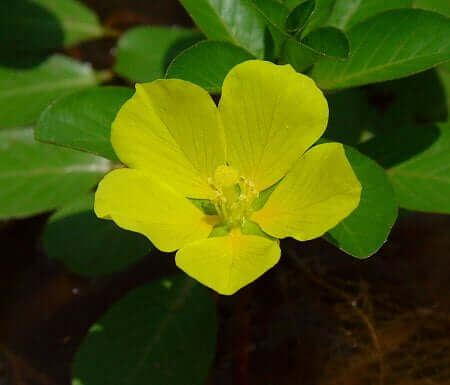