As a drought-prone area, Arizona is known for various tree species that tolerate and thrive in low-water conditions. These tree species should be considered by homeowners wishing to conserve water and maintain a beautiful yard.

My top 6 picks for the best drought tolerant trees to plant in Arizona are:

This guide will help to highlight the best trees that thrive and survive in Arizona amidst drought conditions. 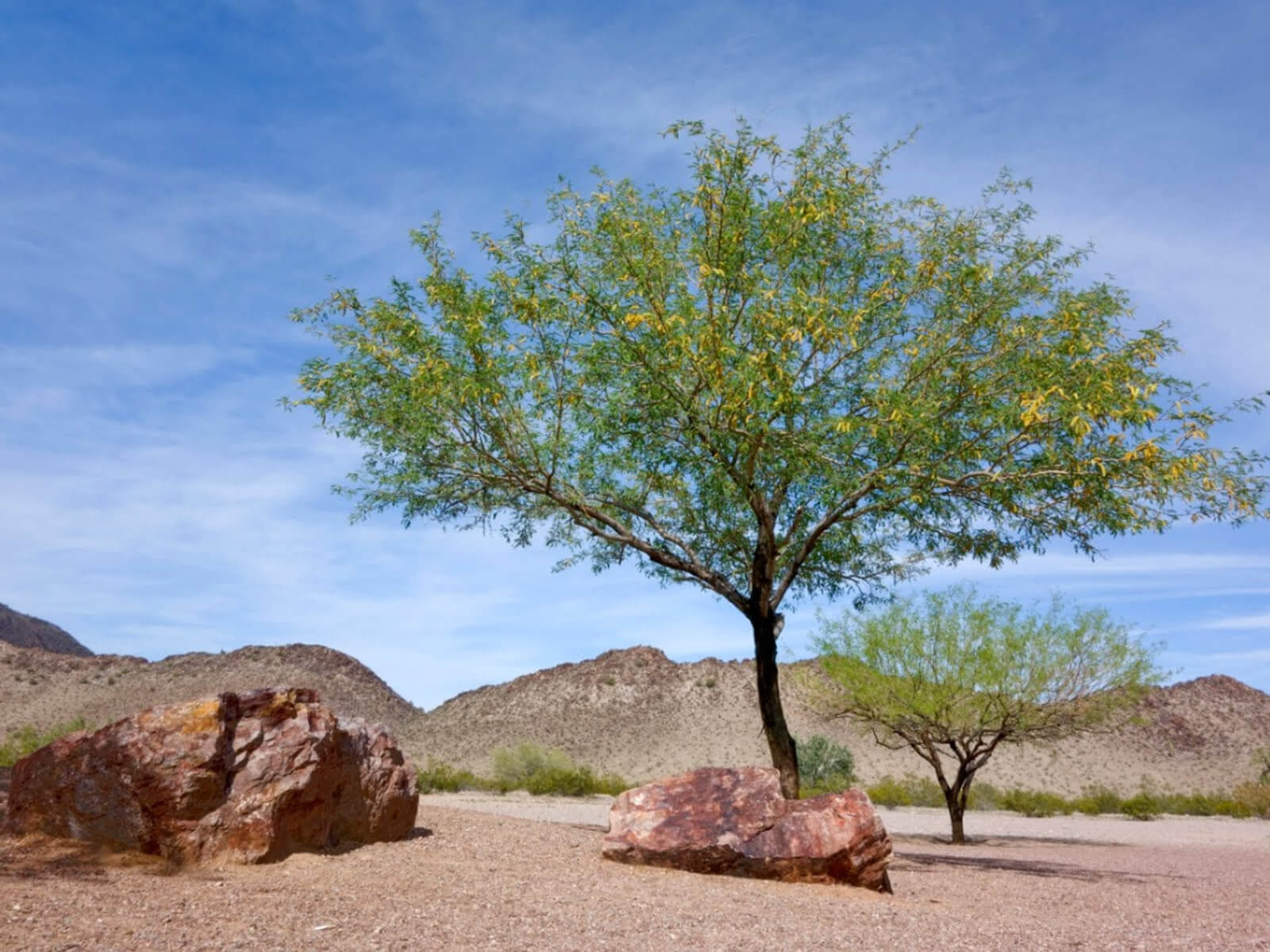 Mesquite trees are native to Arizona, the southwestern United States, and Mexico. There are several different varieties, but most produce a large, rounded canopy that can provide shade. Mesquite trees have a slight range in color from light green to blue.

Many varieties also have thorns and produce bean pods. These pods are often considered litter, but they are edible to humans and animals. 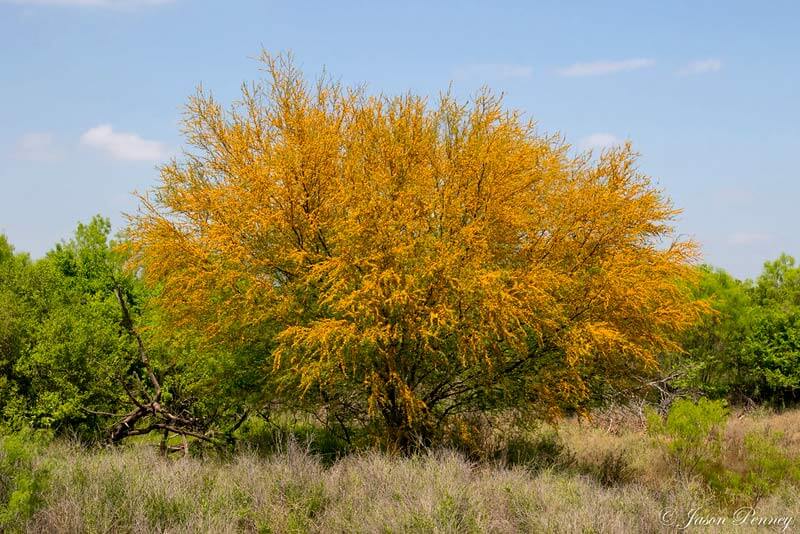 Acacia can be found in various desert landscapes, such as in Australia and Africa. One of the most common species of acacia found in Arizona is called the Sweet Acacia. These large, deciduous trees can grow up to 30 ft. tall and produce large amounts of fuzzy, yellow balls in the spring. 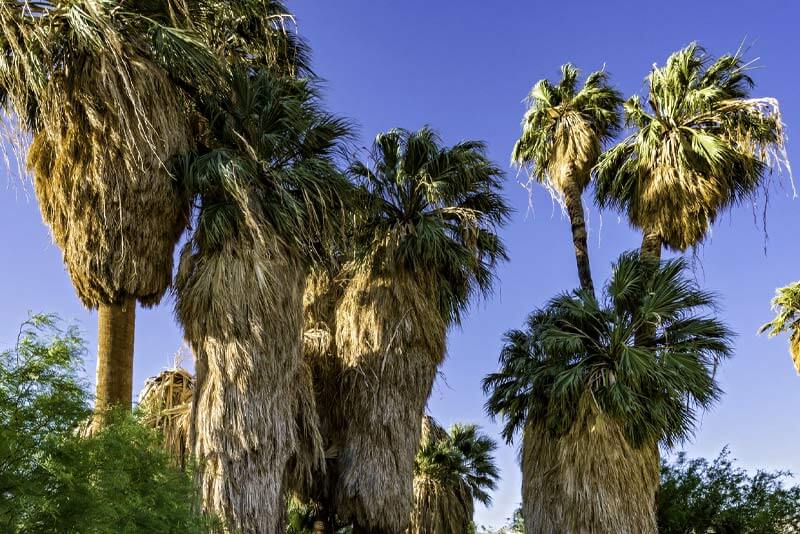 There are different palm tree species in Arizona, though the California Fan is the only Arizona native. Palm trees can grow up to 60 feet tall and produce large stalks called fronds. These trees should be trimmed by an experienced landscaper every year to keep the tree healthy and the yard free of fronds.

There are quite a number of palm tree species that grow well in arid climates, as long as their roots are well established to get some water. Highly drought-tolerant palm species can survive several months of drought once established. 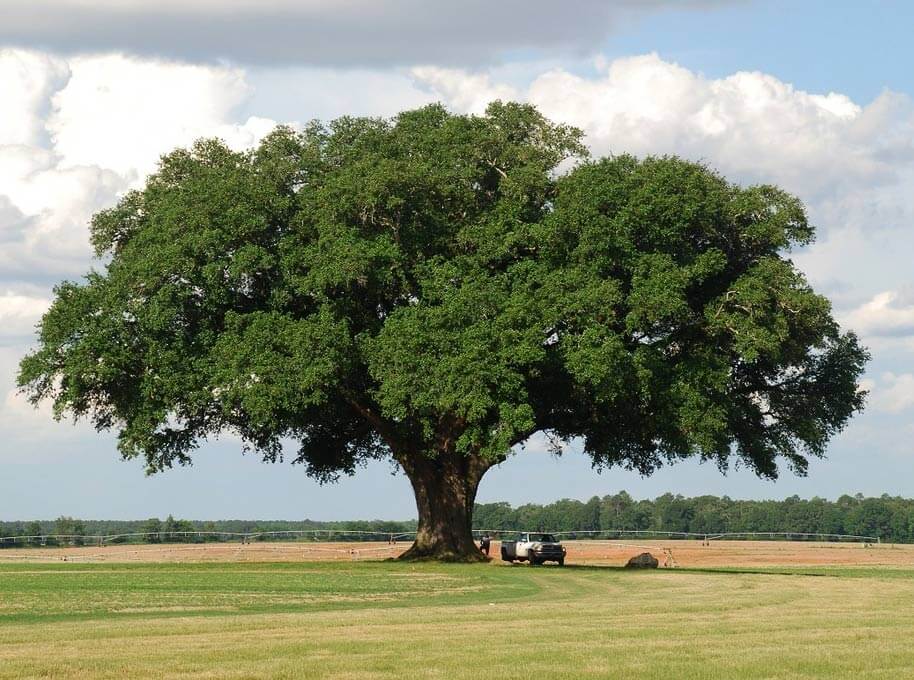 This evergreen tree has an average size of 50- 60 feet. It has high drought tolerance and is mostly low maintenance. The Southern live oak maintains its green leaves all year round. Yet, annual pruning during the first three years is crucial to shaping the trunk appropriately since they’re usually aggressive spreaders.

These oaks are preferable if you have a lot of open space. They usually need at least 15 feet of free distance. 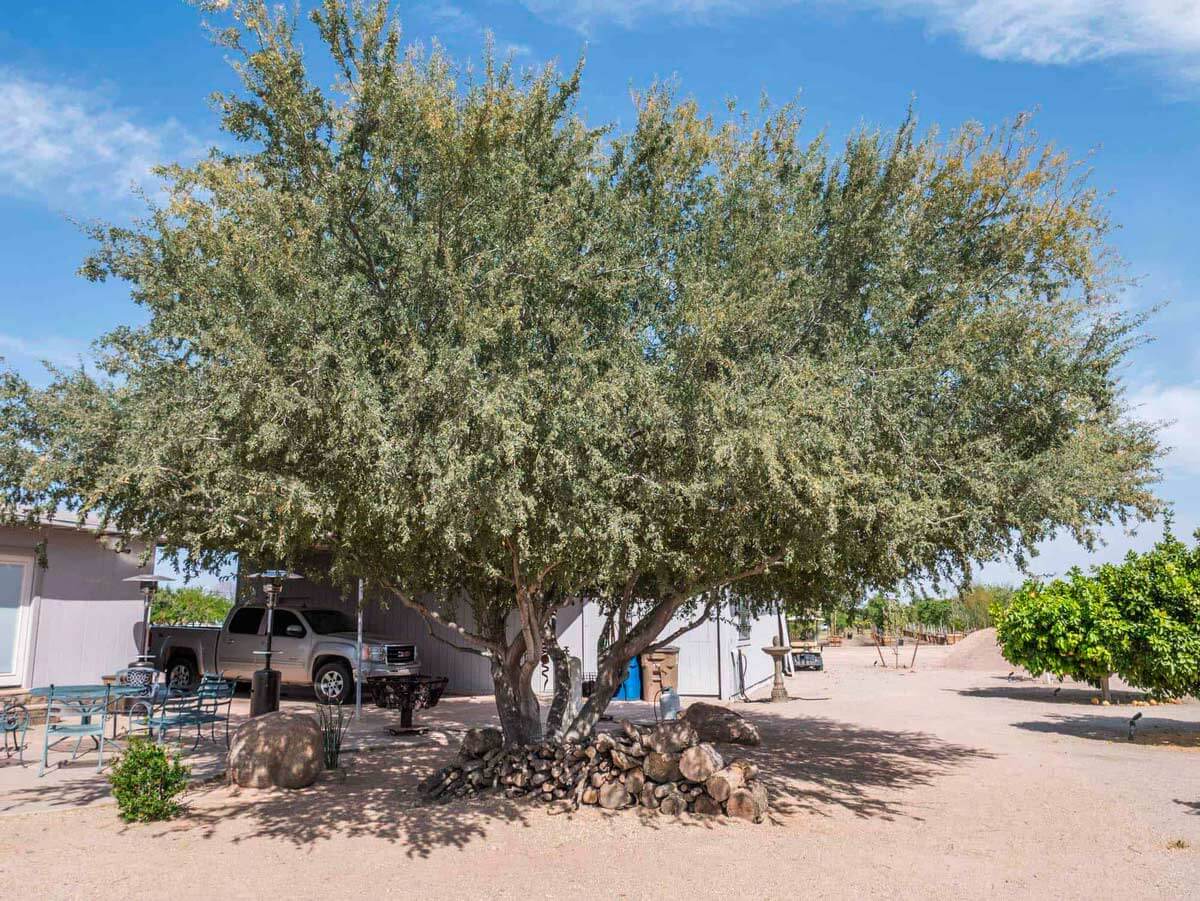 Ironwood trees are slow-growing, but they can reach between 15 and 30 ft. tall. They produce lavender blossoms in late spring and are great for water-conscious property owners. The uniqueness of the ironwood tree lies in its bluish-gray foliage that lasts all year round.

Another characteristic is the extremely dense timber. Ironwood trees are not exactly endangered, but they’re still protected by law. However, there’s no use in cutting down these trees since their timber is also quite toxic. 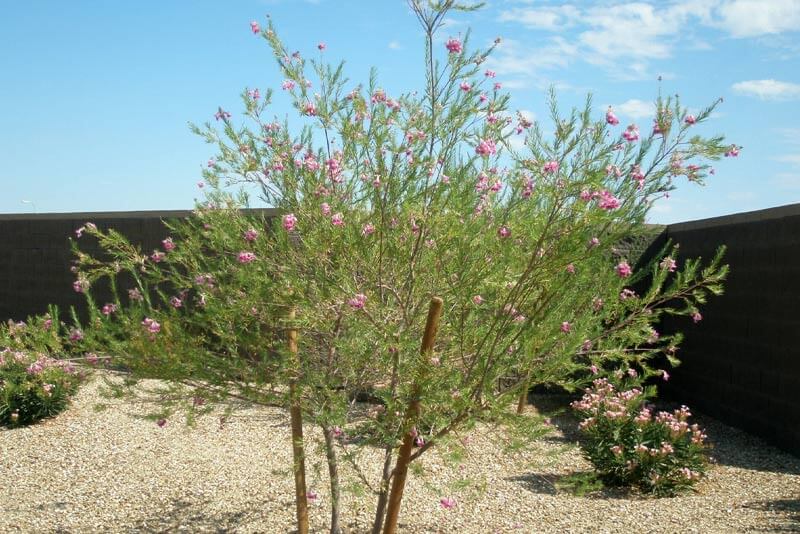 If you’re looking for a tree that can add color to your yard, consider the desert willow that will grow to 15- 25 feet in height. These trees can bear white, pink, or purple trumpet-shaped flowers from spring through fall.

It has a fast growth rate with a very high tolerance for drought. The desert willows provide excellent shade for the summer but still lose their foliage for the winter, allowing the sun to warm up your yard. If you don’t like the look of bare trees, pair it with winter flowers like pansies. This way, you get the best of both seasons.

What is the fastest-growing tree in Arizona? 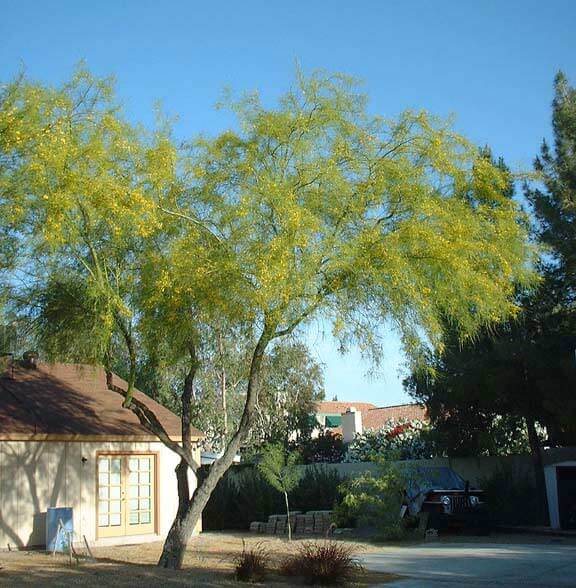 The Palo Verde tree is considered Arizona’s fastest-growing tree, but there are several different species. There are two species native to the state: the foothill and the blue palo verde. They’re known for their characteristic green bark which contains chlorophyll and gives it the ability to carry on photosynthesis after shedding its leaves.

The Spanish name Palo Verde translates to “Green Stick.” They’re fast growers; both species reach about 30 feet in height. The blues can get to 40 feet. Both have glorious yellow blooms in the spring.

The foothill palo verde is one of the best choices for a fast-growing tree in Arizona. It delivers a large canopy for shade and is the fastest-growing palo verde species. Once the spring rolls in, you’ll see the yellow blossoms. If you’d like a stronger color pop, use the shade created by the tree to raise lantana flowers or colorful cactus.