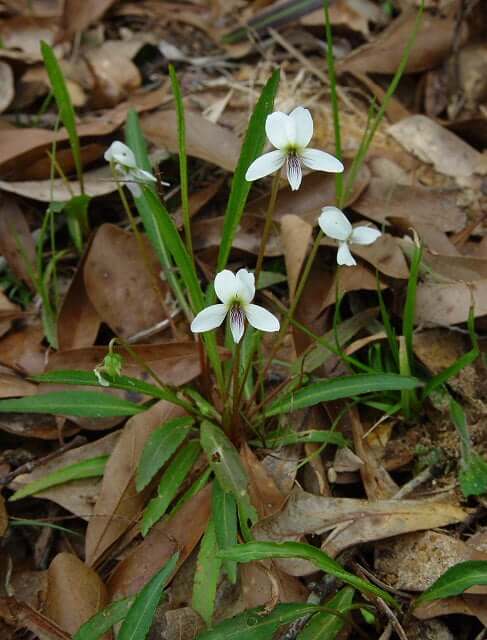 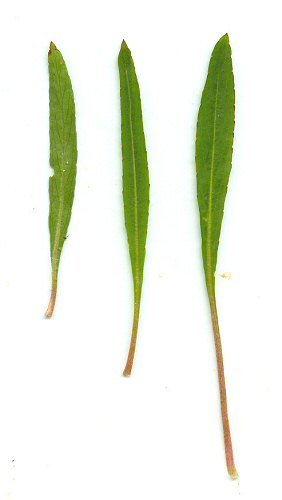 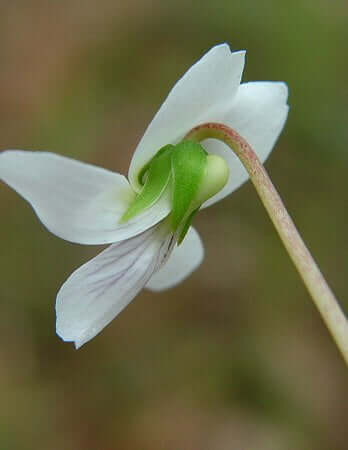 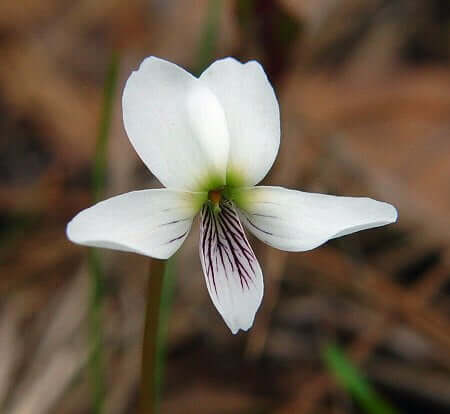 Other information – This striking little violet has been reported mainly in the southern half of Alabama but can probably be found scattered throughout the state. The plant is very easy to identify as it is the only violet in the state with long, thin leaves.

The genus name Viola is the classical Latin name for the violets.

The species epithet lanceolata derives from the Latin “lance” meaning “a lance” and probably refers to the leaves event though the leaves are more linear than lanceolate.