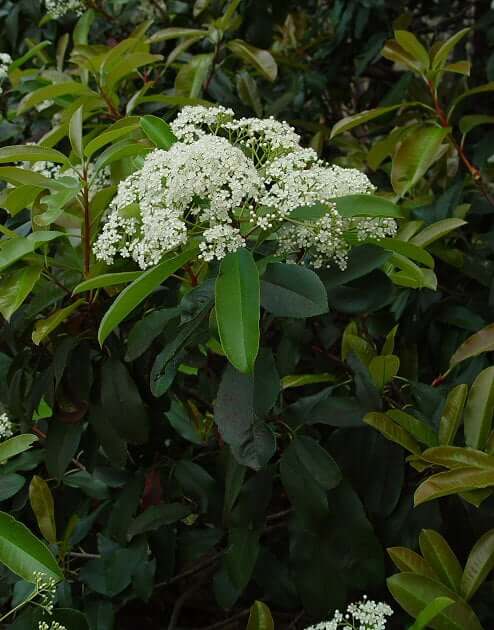 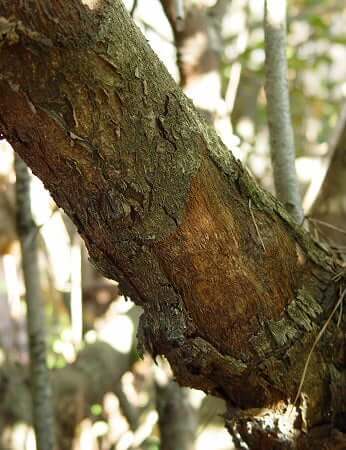 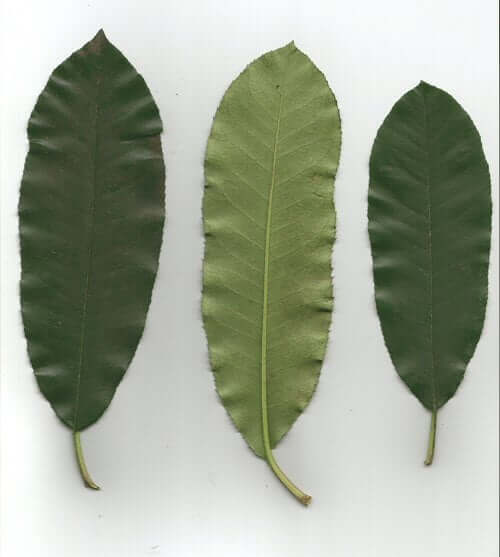 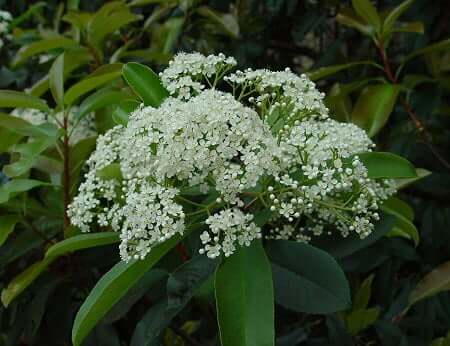 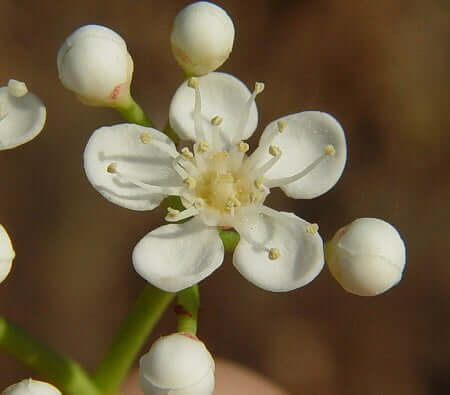 Other information – This attractive species can be found cultivated throughout much of Alabama but is only found escaped in handful of counties. The plant can be identified by its large, shiny leaves, and showy corymbs of small fragrant flowers. The leaves have serrulate margins. The flowers produce copious amounts of nectar and attract many flying insects.

The species epithet serratifolia derives from the Latin “serr(at)” meaning “a saw” and “foli” meaning “a leaf” referring to the margins of the leaves.