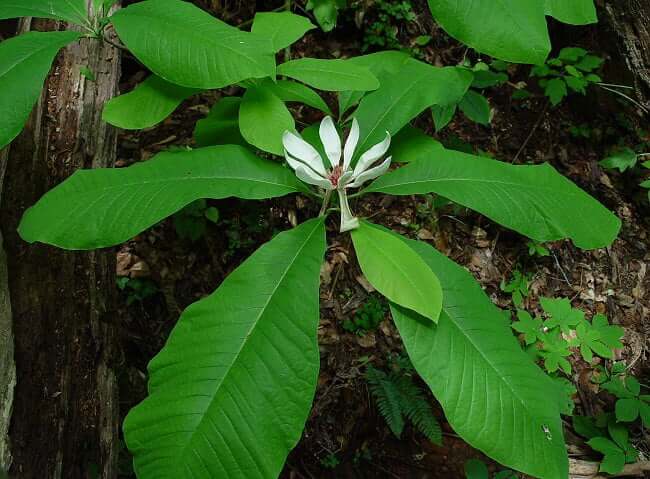 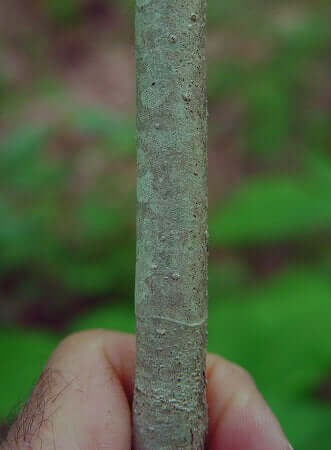 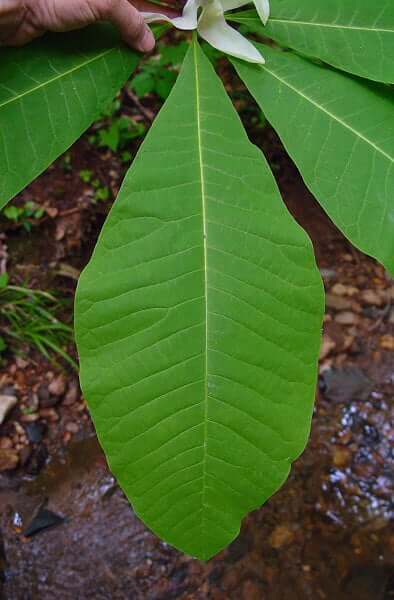 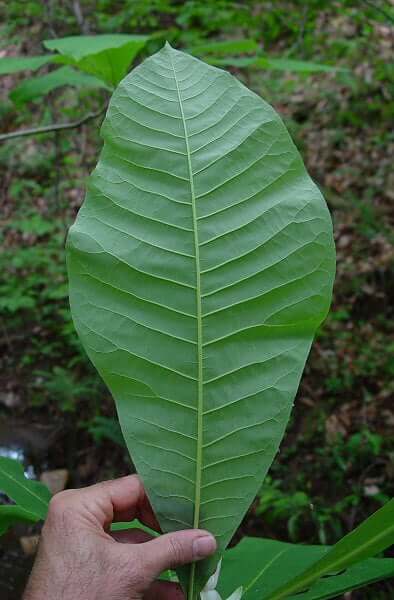 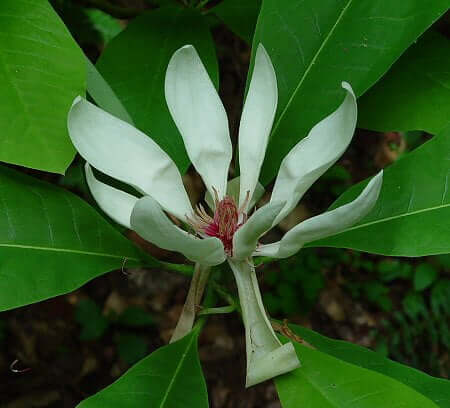 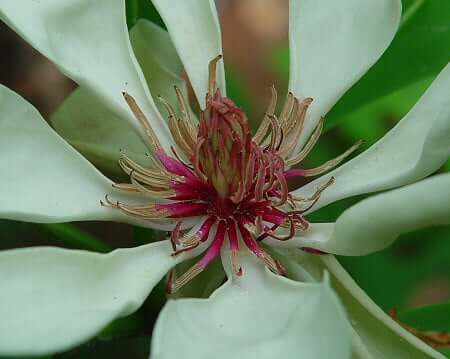 Other information – This attractive small tree can be found mainly in east-central Alabama. The plant can be identified by its leaves – which are clustered at the apices of the stems and appeared whorled. The leaf tissue also tapers to the base of the leaf. The petals of the flowers are long, thin, and white.

The genus name Magnolia is given in honor of Pierre Magnol (1638-1715). Magnol was professor of botany at the Montpellier Botanic Garden in France. The garden was founded in 1593 and is still active today.

The species epithet tripetala derives from the Latin “tri” meaning “three” and the Greek “petal” meaning “a leaf, flat, spread-out.” The name means “with three petals” and probably refers to the sepals of the flower.

Go here for more on Flowing plants in Alabama.