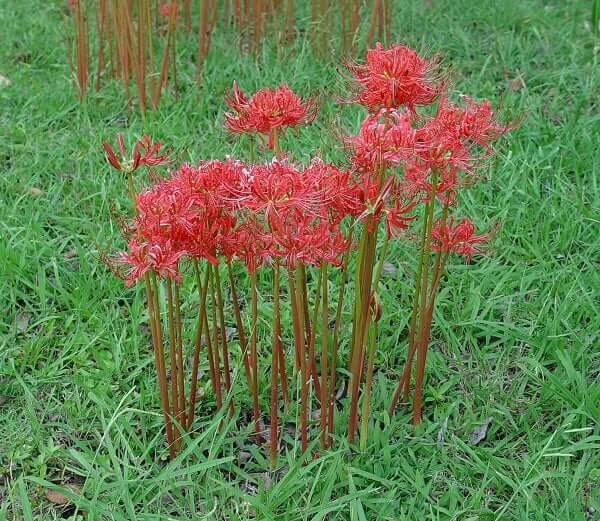 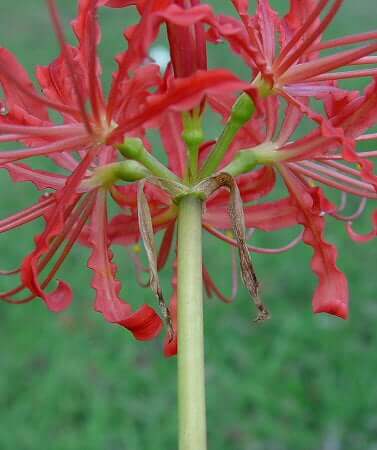 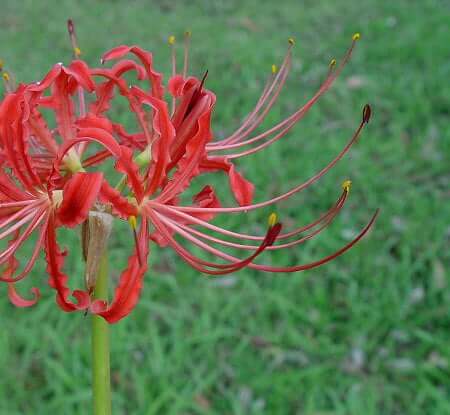 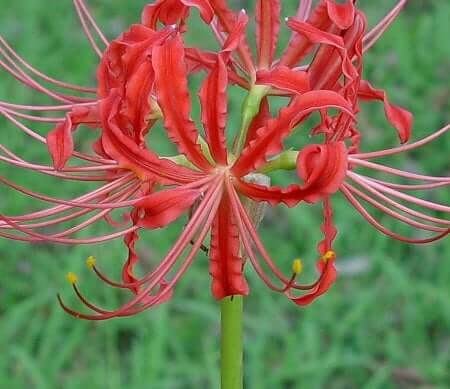 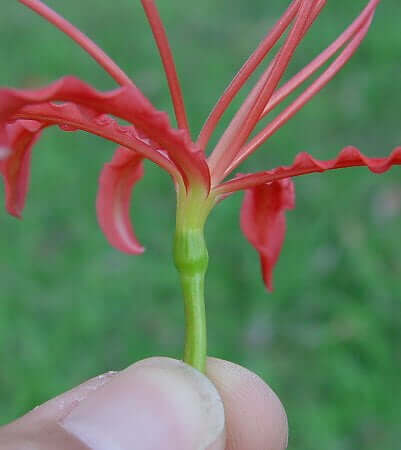 Other information – This attractive species can be found throughout much of Alabama but is rarely reported as an escape. The naked flowering scapes arise from deep bulbs during the fall and then quickly wilt. The plant makes a great garden specimen but seems to prefer well drained (sandy) soil. No other species of lily in Alabama resembles it.

The genus name Lycoris is given in honor of the Roman (Greek) mine actress who was a mistress to Mark Antony (~50BC). The name Lycoris is a pseudonym of the name Cytheris (which was given to a genus of orchids).

The species epithet radiata derives from the Latin “radi(at)” meaning “a spoke, ray, radius” referring to the spreading flowers of the inflorescence and the spreading tepals of the flower.